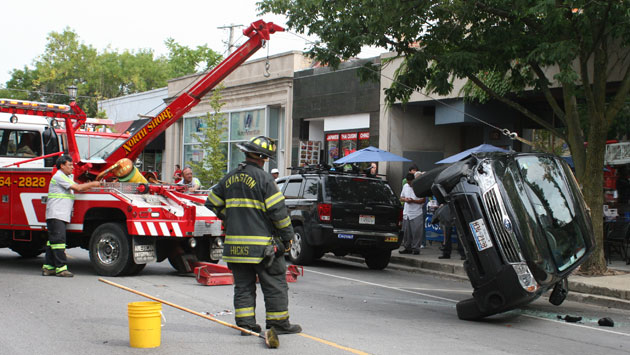 The accident happened shortly after 3 p.m. Fire Division Chief Dwight Hohl said at 4 p.m. that the drivers of both vehicles managed to escape injury.

He says the side-impact airbags in the Subaru SUV that rolled over deployed, undoubtedly contributing to that car's driver being able to walk away unhurt.

However, shortly before 4:30 p.m. one of the drivers involved complained of head pain and was being transported to Evanston Hospital by paramedics.

The car that rolled over was pulled back onto its wheels by a North Shore towing truck about 3:35 p.m. 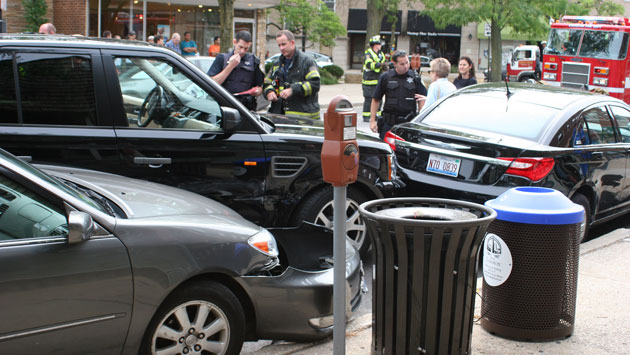 It was not clear how the accident occurred, but the impact drove the other vehicle, a westbound Range Rover, into two cars parked at the curb on the north side of Central.