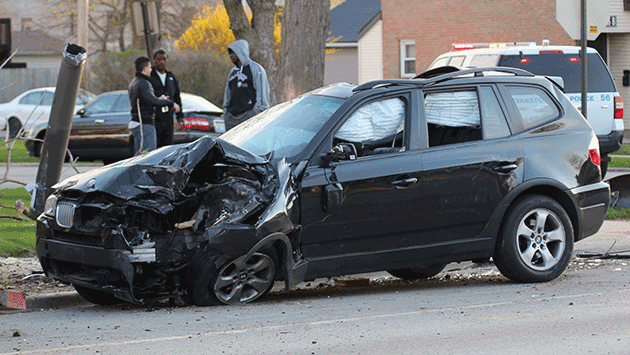 A rollover accident on Emerson Street at Darrow Avenue about 6:30 this morning knocked down a street light pole and severely damaged the car involved. 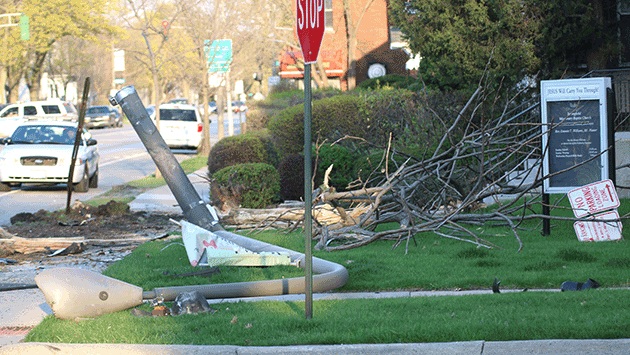 The accident also tore up the landscaping, including a parkway tree, in front of the Springfield Baptist Church on the northwest corner of the intersection. 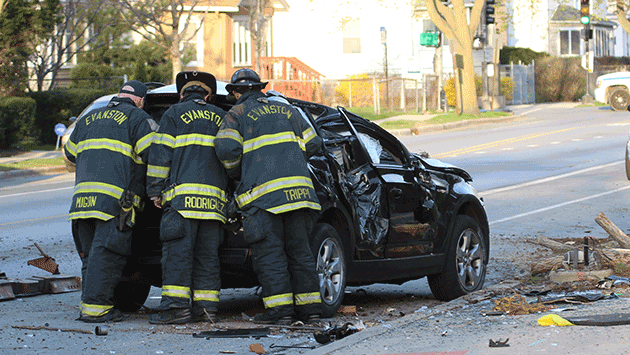 Update 9:20 am. Police Cmdr. Joseph Dugan says an Evanston firefighter heading to work saw the car in front of him as they headed eastbound on Emerson veer to the left and hit the tree and light pole. 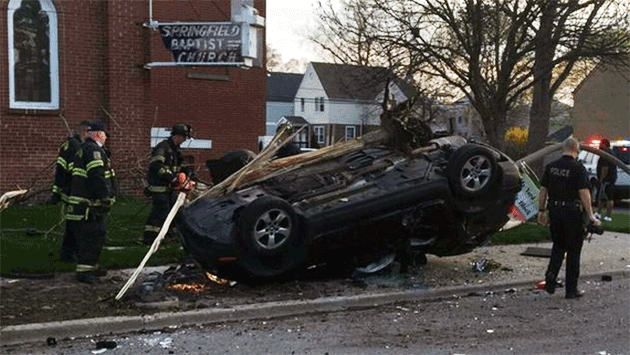 (Photo above by EPD, others by Evanston Now.)

Dugan says the driver of the car, an 18-year-old from Shorewood, Ill., suffered bruises to his knees and was treated at the scene by paramedics but declined to be transported to a hospital.

Dugan says the driver old police he was heading to work but was very tired and apparently fell asleep at the wheel. He's been issued citations for failing to reduce speed to avoid an accident and for damage to city property.