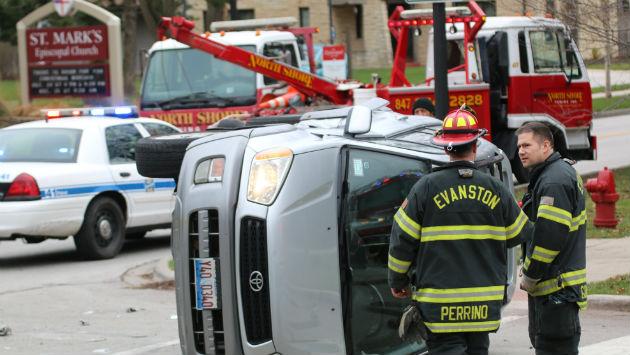 Ridge Avenue was blocked at Grove Street about 1 p.m. this afternoon after, police say, a car trying to cross Ridge at Grove rolled over after being struck by a car heading southbound on Ridge.

Evanston Police Cmdr. Joseph Dugan says no one was injured in the accident, but that the driver of the car crossing Grove is expected to be ticketed for failing to yield the right of way.

There are no traffic signals at that intersection, just stop signs for traffic on Grove. 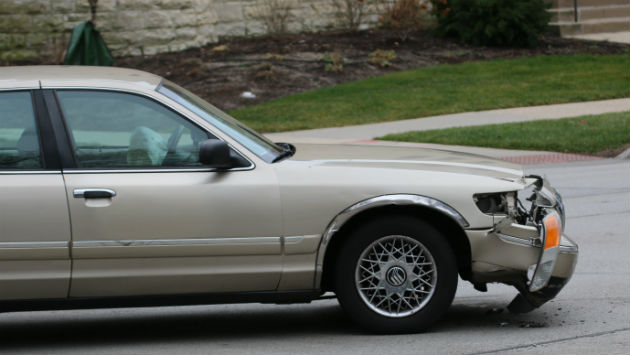 Damage to the other car involved in the collision.

Traffic on Ridge was being blocked from Davis to Lake streets as crews worked to remove the damaged cars from the scene.