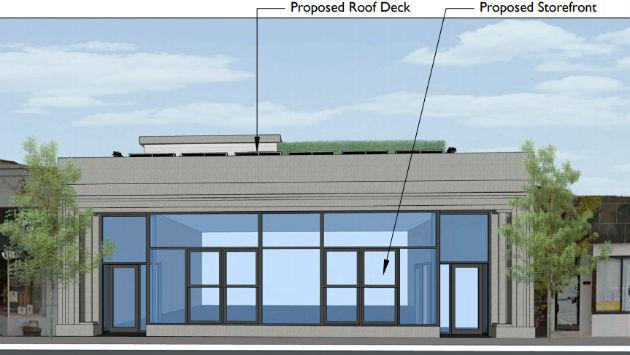 The former Pita 1 restaurant on Central Street in Evanston is due for a major makeover, including the addition of a roof-top deck for up to 49 diners.

Plans for the property at 1926 Central are scheduled for review by the city’s Design and Project Review Committee on Wednesday.

Plans for the first floor of the new restaurant.

The building was acquired last December for $800,000 by a limited liability company managed by Fredric Gale, who’s also the manager of the LLC that operates Ten Mile House at 1700 Central.

The shuttered Pita 1 restaurant, in a September 2018 photo from Google Maps.

Gale has also filed an application with the city for a food establishment license for the property, under the name Comida, which is Spanish for food.

The building, designed by architect George W. Maher, is listed as an Evanston landmark, and the plans for the restaurant remodeling work were approved by the the city’s Preservation Commission in February.