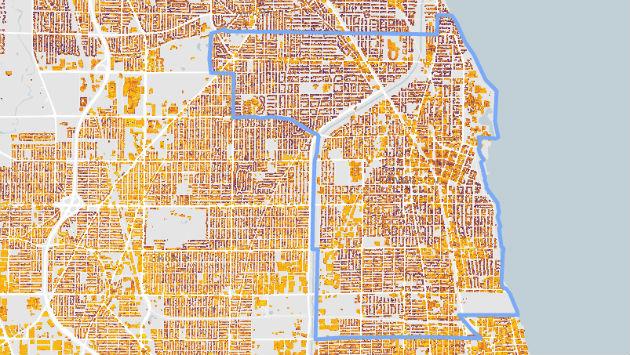 A new project aimed at estimating the potential for roof-top solar panel installations across the country shows Evanston getting rather mediocre scores.

The Project Sunroof mapping tool from Google estimates that 54 percent of buildings in Evanston are what it calls “solar-viable” — which means, among other things, that solar panels mounted on the roof would receive at least 75 percent of the maximum annual sun in the county.

But even for buildings that are viable, that doesn’t necessarily mean that it would be cost-effective for the owner to install the panels — especially if they had to borrow money to pay for them.

This may be one situation where being a Tree City USA is a detriment — since many roofs in Evanston are shaded by nearby trees.

All of our neighboring communities score at least a bit better than Evanston on the Project Sunroof scale. Skokie is at 73 percent, Chicago at 67 percent and Wilmette at 59 percent.

Worse than Evanston? Try Minneapolis at 45 percent or Anchorage, Alaska, at 31 percent.

You can get more detailed information for your house here.