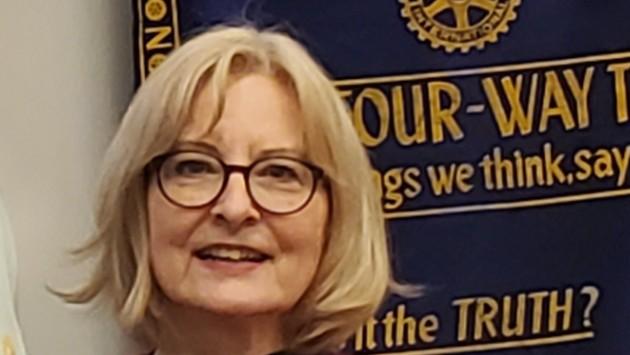 Even though the state says non-essential folks should stay at home, members of the Rotary Club of Evanston Lighthouse still plan to hold their regular weekly meeting tomorrow, but with a twist.

The meeting of the 80-member group will be a virtual one, with members sitting at their computers– at home, at work, wherever– and utilizing a piece of software called Zoom that enables them not only to see and hear what’s going on, but to quietly pass notes to one another without interrupting the proceedings.

As club president Helen Oloroso calls it: “an exciting new chapter in our club’s history.”

The club, which annually contributes upwards of $100,000 locally and internationally for projects ranging from aid to the homeless in Evanston to implementing a worldwide cure for polio, will soon be celebrating its 35th anniversary as well as finalizing plans for the sixth annual Taste of Evanston fundraiser on July 12, assuming that we all will still not be confined to our homes by the coronavirus pandemic.

This past weekend, a half-dozen training sessions were held with small groups of the membership to familiarize them with the mechanics of collaborating in a virtual way.

Doubtless, many of the members will miss the congeniality of sitting at tables at the Rotary International headquarters at Sherman Avenue and Grove Street each Tuesday morning and consuming a full breakfast of scrambled eggs, mixed fruit, potatoes, and sweet rolls while they listen to a speaker expound on a topic of interest to all.

But in the spirit of the Rotary motto, Service Above Self, members do not plan to let a mere virus get in their way of contributing to the welfare of the Evanston community.

Actually, the club has been live-streaming its weekly meetings for much of the past year, in an experiment led  by a newly formed Technology Committee chaired by member Marvin Edelstein, aided by former district governor Bruce Baumberger, who in his professional life is a computer consultant.

They realize that their first virtual meeting may not run as smoothly as they’d like, but they are well aware that they are creating a model that eventually may be picked up by other clubs in the Chicago area as well as many of the nearly 36,000 Rotary clubs that exist worldwide.

But even when the pandemic subsides and members can once again meet together in person as a group, the club expects to continue live-streaming their meetings so that all members can attend, whether at home or abroad.