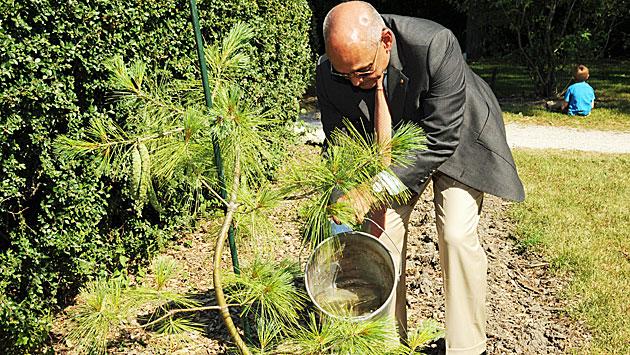 The top elected officials of Rotary International were on hand to celebrate the 50th anniversary of Rotary’s International Friendship Garden in Evanston.

Located on McCormick Blvd. near Bridge Street, the Friendship Garden is part of the Ladd Arboretum.

It was conceived and planted in 1962 by the Rotary Club of Evanston, which maintains it yearly. Open to the public year-round, the garden’s rows of flowering trees and planting beds are dedicated to, and represent, the various countries that have Rotary clubs. 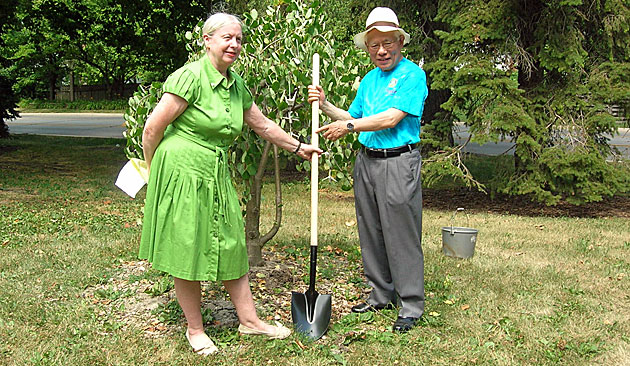 The Rotary Club of Evanston chose a tree honoring the home countries of each of the Rotary presidents – a Himalayan Pine honoring Mr. Banerjee, of India, and a Weeping Katsura, honoring Mr. Tanaka of Japan.

“I love the concept of the Friendship Garden,” Banerjee said. “Evanston, which is, in its own way, such and international city with students and Rotarians from all over the world, is a fitting and apt home to the Garden.”

Tanaka thanked local Rotarians for their maintenance of the garden and noted that Rotary’s founder, Paul Harris, had planted a similar tree in Japan many years earlier.