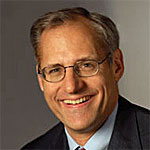 Hewko, an attorney with extensive international experience in both the private and public sectors, will manage more than 600 employees of Rotary International and its foundation.

The international headquarters in Evanston supports the activities of more than 33,000 Rotary clubs in over 200 countries and geographical areas, with a combined membership of 1.2 million men and women. The Rotary Foundation annually distributes over $180 million to fund a variety of educational programs and humanitarian projects throughout the world.

Hewko is a former partner with the international law firm of Baker & McKenzie and was vice president at the Millennium Challenge Corporation, a U.S. government agency established in 2004 to deliver U.S. foreign assistance to the world’s poorest countries.

He begins work July 1. In a news release the group said Hewko will play a lead role in implementing Rotary’s newly revised strategic plan that calls for expanded engagement in areas such as maternal and child health, water and sanitation, disease prevention and treatment, basic education and literacy, economic and community development, and peace studies and conflict prevention/resolution.

In announcing Hewko’s hiring, Rotary International President Ray Klinginsmith hailed his “visionary leadership” and predicted that under Hewko’s leadership Rotary will “continue to grow in numbers, stature, and involvement in making the world a better place.”

During his 15 years at Baker & McKenzie, Hewko specialized in international corporate transactions in emerging markets. He participated in the establishment of the firm’s Moscow office and was the managing partner of its offices in Kyiv and Prague.

While in Ukraine in the early 1990s, Hewko assisted the working group that prepared the initial draft of the new Ukrainian post-Soviet constitution and was a charter member of the first Rotary club in Kyiv. Prior to joining Baker & McKenzie, he worked for leading Brazilian and Argentine law firms and later with Gibson, Dunn & Crutcher in Washington and New York handling Latin American and project finance transactions.

Hewko is a 1985 graduate of Harvard Law School, and holds a master’s degree from Oxford University (where he studied as a Marshall Scholar).

Hewko replaces Edwin Futa, who is retiring after 10 years as general secretary.

Hewko and his wife, Margarita, have a daughter, Maria, who graduates this year from high school in the Washington, D.C., area.