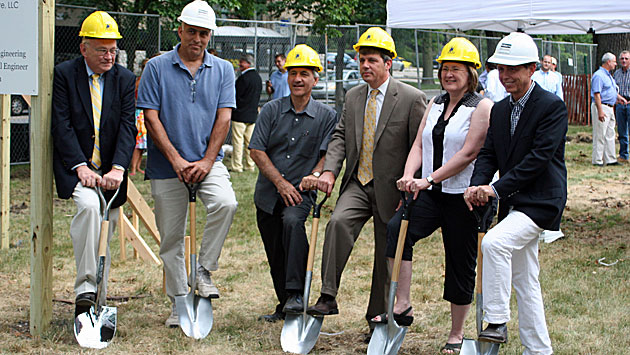 Roycemore School officials broke ground this afternoon for their project renovating and expanding the former Methodist Pension Board building at 1200 Davis St. to be the school's new home.

The private school, which began as a girls college preparatory school in 1915, has grown to offer a co-ed program from pre-kindergarten through 12th grade to about 265 students.

School officials say once they've moved this fall into the building at Davis Street and Ridge Avenue from the school's century-old quarters at 640 Lincoln St. on the Northwestern University campus, they plan to gradually expand enrollment, starting with offering two pre-school classes instead of one. 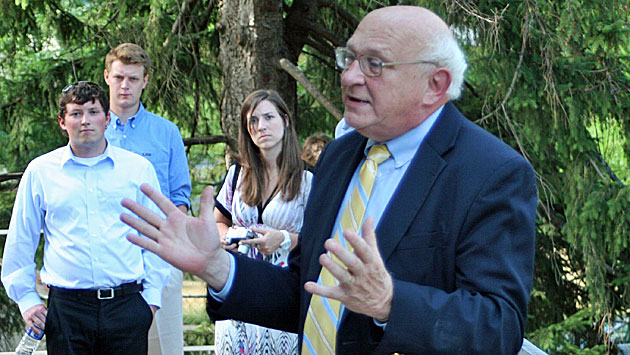 Headmaster Joe Becker told about 100 students, parents and others gathered for the event that getting the project — which will convert the former office building into classroom space and add a gymnasium on the site — off the ground in the current economic climate has been challenging.

But he said the City of Evanston — which Monday night approved an agreement under which the city will serve as a conduit for the school to finance bonds for the project — "has been very helpful to us."

And he praised the school's trustees for the "huge responsibility they undertook to get us to this day."

He said the old school building, though gorgeous and charming, had become, because of its cramped space, an obstacle to the innovative educational program the school strives to offer. 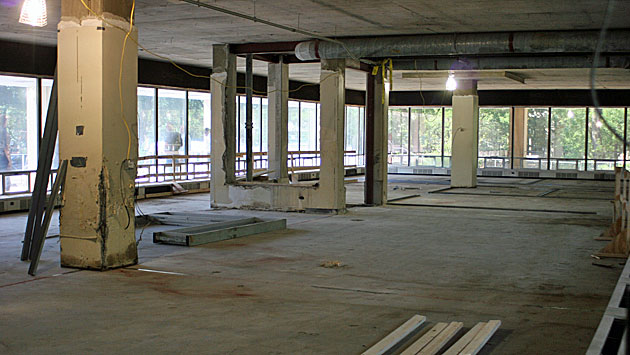 The interior of the building where work is already underway. It's not expected to be completed by the start of classes in September, but school officials hope to be able to move in before the fall term is over.

The school, which emphasizes having class sizes of no more than 18 students and its efforts to draw an ethnically, geographically and economically diverse student body, claims to send nearly 100 percent of its graduates on to college.

Officials say the new location, directly on CTA and Pace bus lines and just a couple of blocks from the Davis Street CTA and Metra stations, will be a boon to attracting students from across the region.