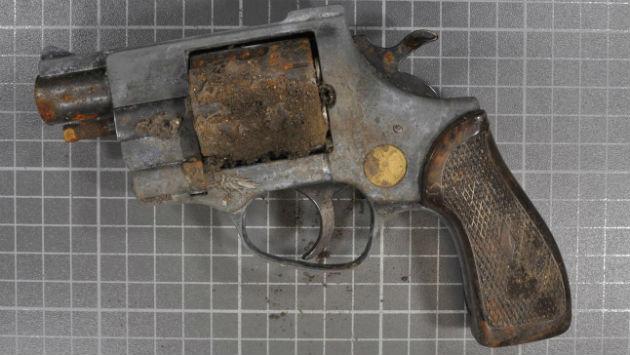 The custodian at Roycemore School, 1200 Davis St., found a gun around 11 a.m. today while riding a mower to pick up leaves and notified Evanston police.

According to Cmdr. Ryan Glew, the department’s forensic specialist recovered the gun and identified it as a .38-caliber Arminius Titan Tiger handgun. The gun was in a bush line on the west side of the school property along Asbury Avenue, he said.

The gun was loaded, rusty, and had some dirt packed in the cylinder. The location and condition of the gun indicated that it was discarded at the location rather than purposely placed there because of the school, Glew said.

It will be processed for fingerprints and DNA in an effort to determine possession, he added, and said it will be test fired at the lab to determine if it matches firearms evidence from another crime.

The gun has not been reported stolen, Glew said, and the legal owner is unknown at this time. No one is in custody at this time.

“Due to the quick action of Roycemore School in  notifying  the Evanston Police Department,” Glew  said, “this potentially hazardous situation was resolved as quickly and safely as possible.”