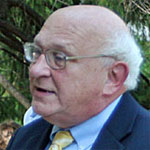 Roycemore School moved into its renovated quarters in the former Methodist pension building at 1200 Davis St. this week.

And the school's headmaster, Joseph Becker, told the Evanston Review the relocation from its old building at 640 Lincoln St., leased from Northwestern University for nearly a century, will let Roycemore expand its enrollment.

The new building is about 40 percent larger than the old one, and should let the school increase its enrollment by about 100 students, to a total of 350.

Renovations at the pension board site included adding a full-size gymnasium.