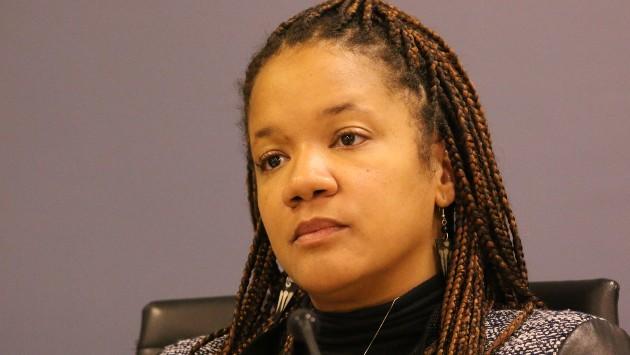 Alderman Robin Rue Simmons told her colleagues Monday night that the thousands of local government officials at last week’s National League of Cities meeting “were in awe of us” when members of the Evanston delegation described the racial reparations program City Council now has adopted.

The program, given final approval Monday night, calls for devoting up to $10 million to be collected from the 3 percent city tax on recreational cannabis sales to programs intended to compensate for redlining and other government and private sector activities that discriminated against blacks.

In addition, voluntary contributions will be solicited for the fund set up under the program.

How the funds will be disbursed remains to be determined.

Alderman Ann Rainey, 8th Ward, who also attended the NLC meeting in San Antonio, said she “didn’t hear of even one city that was doing anything along these lines.”

“There’s a lot of talk of equity and diversity, but nobody was talking about reparations except for us,” Rainey added.

Alderman Peter Braithwaite, 2nd Ward, said he was really excited by the vote, and noted that Judge Lionel Jean-Baptiste, his predecessor as 2nd Ward alderman, had been pushing for a reparations program as early as 2002.

Addressing Rue Simmons, Braithwaite said Jean-Baptiste told him “he lacked your fortitude” to see the project through.

Braithwaite said the program would be “very special for Evanston” and would have a ripple effect that should create change across the nation.

Alderman Tom Suffredin, 6th Ward, cast the only vote against the measure. He made no statement indicating the reason for his vote, but he also cast votes against the city and library property tax levies and  the city budget Monday night.