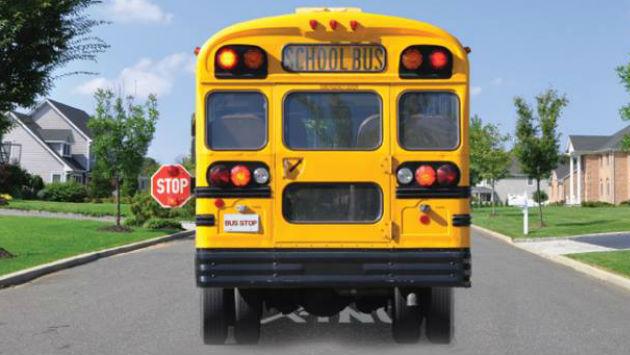 Now that Evanston schools have opened for a new year, motorists are forced to deal with school buses that stop to load and unload passengers. But there’s some confusion about when a motorist is required by law to stop.

The issue was being debated Friday on a neighborhood blog in northwest Evanston by a resident who drives to work regularly on Golf Road between Central Park Avenue and McCormick Road.

She noted that eastbound traffic  on that four-lane roadway was being held up by a motorist who stopped because of a westbound school bus that was picking up a child and had its stop signal arm extended and its warning lights flashing.

Is traffic required to stop in both directions, or just in the direction that the school bus is traveling, she asked?

We put this question to Evanston Police Department Cmdr. Ryan Glew, whose job is to deal with pesky reporters on matters involving the police.

Cmdr. Glew referred the question to an employee in the department’s traffic section, who responded with the portion of the state law that deals with the issue in Illinois.

For you lawyers out there, the citation is Sec. 11-1414, paragraph (e), which says, “The driver of a vehicle upon a highway having 4 or more lanes which permits at least 2 lanes of traffic to travel in opposite directions need not stop such vehicle upon meeting a school bus which is stopped in the opposing roadway.”

So that eastbound driver on Golf Road need not stop for the westbound school bus because Golf Road is a four-lane highway. In some states, that would apply only if it were a divided highway with a median strip down the middle, but that is not the law in Illinois.

Otherwise, the law states the following: “The driver of a vehicle shall stop such vehicle before meeting or overtaking, from either direction, any school bus stopped on a highway, roadway, private road, parking lot, school property, or at any other location, including, without limitation, a location that is not a highway or roadway for the purpose of receiving or discharging pupils. Such stop is required before reaching the school bus when there is in operation on the school bus the visual signals as specified in Sections 12-803 and 12-805 of this Code. The driver of the vehicle shall not proceed until the school bus resumes motion or the driver of the vehicle is signaled by the school bus driver to proceed or the visual signals are no longer actuated.”