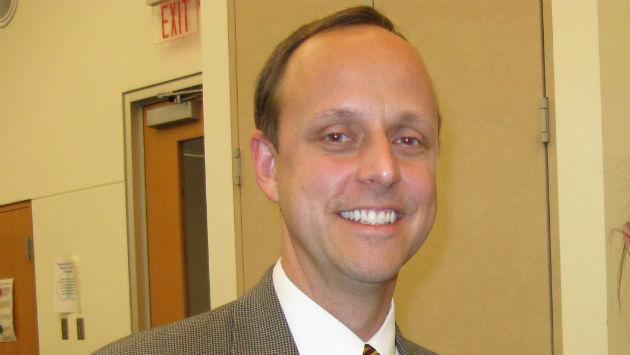 Richard Rykhus, midway through his second term on the Evanston/Skokie School District 65 Board of Education, announced this week that he will be resigning from the board after it votes on an operating referendum at its next meeting, January 10.

He made the announcement at the end of a regular meeting of the board Monday night.

Board President Candance Chow expressed her gratitude to Rykhus for sticking it out until the board had voted on a critical issue pertaining to its financial future.

Earlier in the evening, the board’s Finance Committee, under Rykhus' leadership, had voted unanimously to recommend that the board authorize an operating referendum at its January 10 meeting that would raise $14.5 million a year to help balance its budgets for the next several years.

In announcing his resignation, which Rykhus said was prompted by a job change that is demanding an increasing amount of his time, the veteran board member said “we’ve been working on the referendum for 18 months or so—really heavily in the last few months—and I do want to see that through the vote so that the community knows what the voice of a full board actually thinks on the referendum.”

Under the law, when a vacancy occurs on a school board, the remaining members of the board are authorized to appoint a replacement. Two other members of the current board, Omar Brown and Anya Tanyavutti, were originally appointed to fill vacancies caused by resignations.

Chow promised that the vacancy-filling procedure would begin shortly after Rykhus formally leaves the board next month.

When the Evanston Township High School District 202 Board had a vacancy two years ago upon the resignation of member Bill Geiger, the board considered the appointment of Anne Sills, who had narrowly lost in the regular school board election that had just occurred.

In the upcoming school board elections scheduled for April, 2017, seven persons have filed to fill the four District 65 seats that are reaching the end of their four-year terms. Presumably, one of the three candidates that will fall short of the votes to win in April could be considered by the board to fill the Rykhus vacancy.