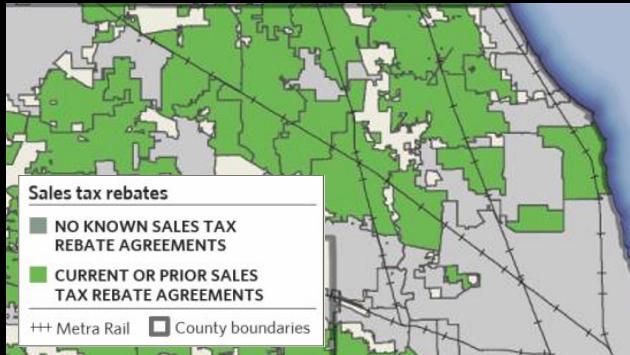 Just under half of the 285 muncipalities in the Chicago metro area have used sales tax rebates to attract or retain businesses.

And, a new report from the Chicago Metropolitan Agency for Planning says, of the 138 agreements it identified, 45 — or nearly a third — benefit auto dealerships.

Evanston's sole remaining auto dealership — Autobarn — has had a sales tax rebate agreement that's now running out after providing the dealer $1.5 million in aid over the past decade.

Autobarn is now seeking a new agreement as part of a plan to create a new service and storage facility in the former Shure headquarters building at 222 Hartrey Ave.

The Autobarn proposal is scheduled to be discussed at a neighobrhood meeting at 7 p.m. tonight at the Levy Center, 300 Dodge Ave.

CMAP says the next most common uses of sales tax rebate agreements are for supercenters, discount stores and shopping centers — with a total of 32.

Evanston has one of those too, with Kap-Sum Properties, which owns the Main Street Commons shopping center at 2400 Main St. 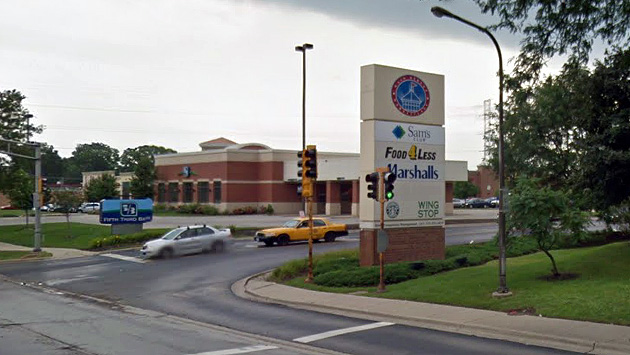 Main Street Commons in an image from Google Maps.

A new state database for such agreements shows that the Kap-Sum deal, which runs from 2004 through 2019, gives the developer 75 percent of the sales tax generated over a base amount as adjusted for inflation. That includes both the one percent city share of the 6.25% state sales tax and the city's 1 percent home rule sales tax.

Assistant City Manager Marty Lyons says that as of last year — roughly half-way through the term of the agreement — the developer had gotten nearly half of the $1.5 million total rebate permitted under the deal.

The city, Lyons said, also had a sales tax sharing agremeent with the developer of the Evanston Plaza shopping center, which, because of high vacancy levels at the center, failed to reach its revenue sharing potential. That deal was terminated when the center's ownership changed.

The map above shows that while Chicago and some neighboring communities like Skokie don't report using sales tax sharing agreements, the deals are used in other nearby suburbs — including Lincolnwood, Glenview and Morton Grove.

Lincolnwood has four deals –two with auto dealers, one with a shopping center and one with a home-improvement store. Glenview has deals with a big-box store and an auto dealer. And Morton Grove has ones with two pharmacies and a fast-food restaurant.

The full map, showing rebate usage throughout the metro area, can be found on page 25 of the CMAP report.