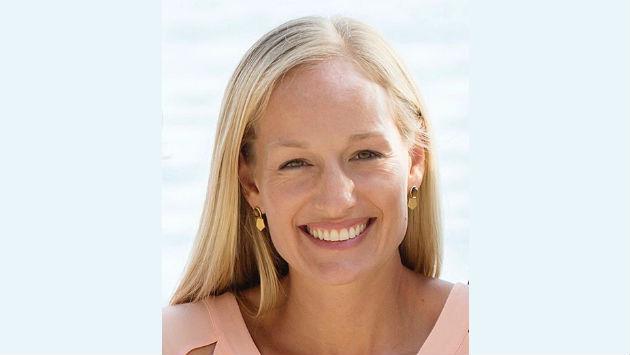 Stacy Salgado worked closely with Maurizio Grillo over the past 2 years to re-create a championship culture in the Evanston Township High School girls soccer program. Now it’s up to Salgado to continue that work as Grillo’s successor.

Salgado, a former ETHS standout as a player, will take the helm of the Wildkit program after her hiring as head coach was confirmed Monday night at the District 202 Board of Education meeting. She’ll replace Grillo after serving as his varsity assistant for the past 2 seasons.

“I have high expectations for us to enjoy success year in and year out,” said Salgado, who is regarded as one of the top midfielders in school history and was a starter on Evanston’s 2002 state championship team. “With the various feeder and club programs providing quality instruction to our community, many of our girls come in to the program with a high level of skill.

“We should be in the conversation  for conference titles, regional titles, and there is no reason why we can’t advance far in the state tournament.”

“Coach Salgado understands what it takes to be a successful female soccer player in Evanston, from youth through college (University of Wisconsin),” said Evanston Athletic Director Chris Livatino. “She’s played the game at the highest level in college, and helped Coach Grillo lead our high school program to its most successful season since the state championship she won as a player in 2002.

“Most importantly, she is a terrific role model for our young women to work with and play for during their time at ETHS. We could not be happier with her as our new head coach!”

Salgado is the mother of two children and she and her husband are expecting another girl in October. She was a four-year member of the varsity soccer squad under her maiden name, Omundson, and graduated from ETHS in 2003.

Despite a solid post-high school playing career — she played on a national championship team with the Eclipse Club and was a member of Wisconsin’s Big 10 Tournament championship team in 2005 — Salgado didn’t expect to follow a life path that included coaching. She taught in Chile for 2 years, from 2010 and 2011, and returned to the Evanston community because that’s where she wanted to raise her family.

A “cold call” from Grillo, who had an opening on his staff after his second season with the Wildkits, changed that path.

“I called her out of the blue because Franz Calixte (head boys soccer coach) said she’d be great to work with and that she had a great background in soccer,” Grillo recalled. “At first she told me she wasn’t interested at all. But I got her to come meet with me, and after about 1 minute I knew I wanted to work with Stacy. The most striking thing to me was the pride she had when she talked about Evanston Township High School.

“I could see the strong attachment she had to the high school and to the community. She had no interest in coaching club or anything else, it was all about ETHS. Without a doubt she’s been exposed to great coaches. The drills she put together for us in practice were incredible, very well designed, and she definitely has a knowledge of the game. But the biggest strength she conveyed to me and to the girls was a healthy degree of competitiveness. She has a way of keeping a perfect balance between wanting to win and making losing into a learning experience, not a drama. I’ve never been exposed  to a healthier way to compete.”

“I had coached in some summer camps through high school and college, and I always enjoyed it because it was all about finding a connection with the girls,” Salgado said. “And I had coached with Team Evanston for one year and then took a break to have another baby.

“It was quite a jump from that to coaching high school. But I’ve always wanted to be involved with helping others in some way, and my life path led me to this fit. I was able to ease into coaching at Evanston because Coach Grillo trusted me, and I trusted him. He gave me the freedom to take over some things in the program once I was comfortable. I learned a lot from him.”

The Wildkits finished 20-4-3 in Grillo’s final year as head coach, including a Central Suburban League South division championship, and bowed out of state tournament play with a 3-0 loss to eventual state champion New Trier in the Maine South Sectional semifinals. That’s a tough act for any coach to follow, but Salgado knows the pieces for success are in place despite the graduation of 6 senior starters this spring.

“Coach Grillo and I worked together these past 2 years to institute a new culture and instill a belief in our  capabilities and potential, so I’m not looking to make huge changes in the program. On the other hand, I do have some different ideas and things won’t be exactly the same as I plan to put my own stamp and face to the program,” Salgado said.

“Evanston is my alma mater. It’s a unique place and I have a passion for the school and for the community. Now there’s pride in the program overall again, and I’m so excited to see how passionate some of the younger players are. We have some really great talent coming up, and I’m excited about the future.”