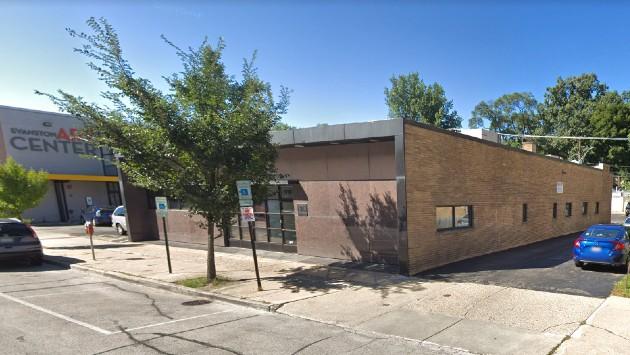 The Salvation Army reportedly has dropped plans to buy the Second Church of Christ, Scientist, building in northwest Evanston. Meanwhile, the Christian Science group is arguing that city denial of its plans to relocate to a commercial building on Central Street would be illegal.

The Salvation Army faced sharp criticism from some nearby residents of its plans to move to the Christian Science church building at 2715 Hurd Ave., across from Willard School.

The Christian Science church building at 2715 Hurd that the Salvation Army wanted to buy. (Google Maps)

Alderman Tom Suffredin, whose 6th Ward includes the Hurd property, says he’s learned that the Salvation Army has pulled out of a $1.8 million deal to buy the building on Hurd, which would have helped fund the Christian Scientists move to their planned new, smaller quarters at 1713 Central St.

A call to an attorney for the Salvation Army, seeking confirmation of the group’s decision, was not returned.

This afternoon the Christian Science group is scheduled to appear before the city’s Design and Project Review Committee seeking approval of a special use permit needed to occupy the building on Central.

In a seven-page memo to the committee, John Mauck, an attorney for the church, argues that the city would violate the federal Religious Land Use and Institutionalized Persons Act if it denied the special use permit.

But the Central Street Corridor Overlay District adds additional restrictions. It keeps government institutions as a permitted use but requires religious institutions to seek a special use permit.

Mauck says the legislative history of the federal statute and subsequent court decisions establish that such a distinction is illegal.

The city code, Mauck says, lets people on Central Street assemble as of right in a government building to discuss political and civic matters, but does not allow them as of right to assemble at a church to discuss religious issues.

He also cites an Illinois Supreme Court case holding that the City of Chicago violated the freedom of religion rights of a Jehovah Witnesses congregation when it denied the group a special use permit for a church in a business district.

On Hurd Avenue, some of the complaining neighbors suggested the church property should be redeveloped for single-family homes instead.

Under the current R1 zoning the roughly 33,300 square foot church site would only accommodate four single family homes. Vacant lots in that area can sell for around $300,000 — but that price would not support the amount of revenue the church reportedly is seeking from the sale of its land.