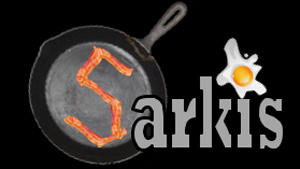 A fight over a name and a struggle for survival in today's food beat news.

The owners of the long-time Evanston hangout Sarkis Cafe have sued a Lincoln Park restaurant with a similar name, claiming the city joint has stolen its name and key menu items.

In the suit, first reported by DNAInfo, Sarkis Cafe seeks a name change and removal of menu items like  the Loretta sandwich from the upstart Sarks in the Park.

"This is as clear a case of trademark infringement that I have ever seen, " said Jeffrey Rosenberg, who is representing Sarkis Cafe owner Marla Cramin.

The lawsuit claims the dispute over the name started in 2009, when the Lincoln Park eatery opened.

Rose's Wheat Free Bakery on Central Street is in the midst of a last-ditch fundraising campaign to try to stay open.

The owner says she bought the building that houses the business at the top of the market in 2007 and has had trouble keeping the upstairs office space rented — among a variety of other issues that have left her in trouble with the bank.

Update's on the bakery's Facebook page suggest some partial success for the fundraising effort.

And through the mail slot this morning came a menu from Aguas Tortas, the new Mexican sandwich place taking over the spot in the Carlson Building downtown formerly occupied by Neu Uber Burger.