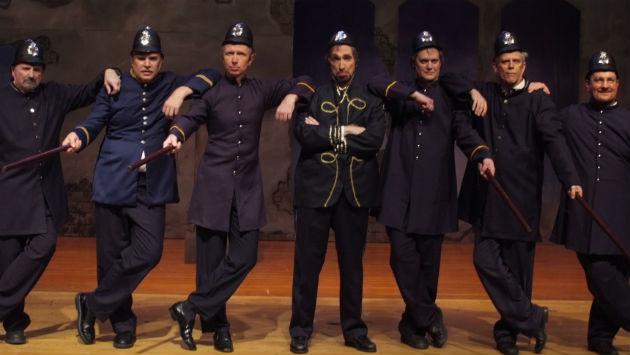 The Savoyaires bring back Gilbert & Sullivan’s classic “The Pirates of Penzance” next month for the company’s 53rd annual production.

This year’s show is directed by Amy Uhl, who won stellar reviews in 2015 for the company’s staging of “H.M.S. Pinafore.”

“Everything about this production is stellar,” wrote one critic. Another review said, “The Savoyaires clearly embrace what makes this show a classic, and they share it enthusiastically.”

A member of the directing team for the recent Broadway musical Amazing Grace and an active Chicago-area director and choreographer, Uhl is the musical theatre program coordinator at Columbia College Chicago.

As a boy, Frederic—a “slave of duty”—was mistakenly apprenticed to a band of pirates. Upon turning 21, he foreswears piracy and falls in love with Mabel, daughter of a major-general. But then he learns that he was apprenticed till his 21st birthday and that he was born on February 29 in leap year.

Torn between his sense of duty and his love for Mabel, Frederic risks losing her—or at least postponing their wedding for 63 years. The Pirates of Penzance features such popular G&S songs as “I Am a Pirate King,” “Oh, Is There Not One Maiden Breast,” “The Very Model of a Modern Major-General,” “Poor Wand’ring One,” and “A Policeman’s Lot Is Not a Happy One.”