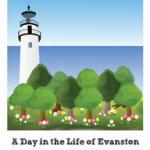 Better look your best on July 4, as Evanston will be crawling with photographers participating in the third of a series of photographic events labeled “A Day in the Life of Evanston.”

The city is inviting local professional and amateur photographers of all ages to capture the beauty and excitement of Evanston as seen through the viewfinders on their cameras.

Because this one is on a holiday, the parade down Central Street, the twilight concert at the park, and the fireworks after dark are sure to be represented.

But the contest is wide open to scenes depicting a summer day in Evanston, even if it’s a barbecue in your own backyard.

The only stipulations are that the photo be taken somewhere within the city limits of Evanston and that the shutter snaps on July 4 or, alternatively, on Aug. 10.

To be eligible for the contest, your photos must be submitted no later than Aug. 16, 2013, following the directions on the city’s website.

All submitted photos will be posted on the City of Evanston's website and 32 photos will be selected to be part of the Day in the Life of Evanston, Summer 2013 Edition of a printed photo book, which will be made available for purchase.