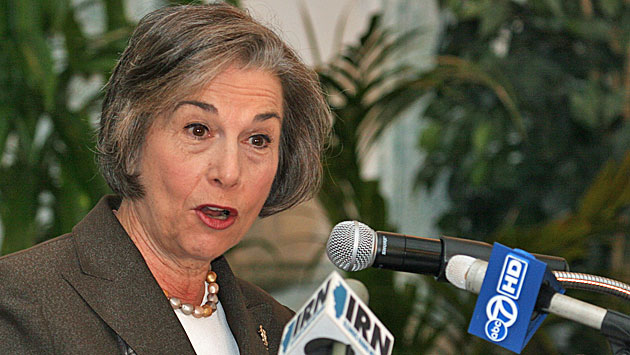 U.S. Rep. Jan Schakowsky of Evanston attacked cuts proposed to Medicare and Medicaid by House Republicans at a news conference at the North Shore Retirement Hotel this morning.

At the same time, she said, it would lower tax rates for millionaires and billionaires at a cost of over $1 trillion to the treasury. 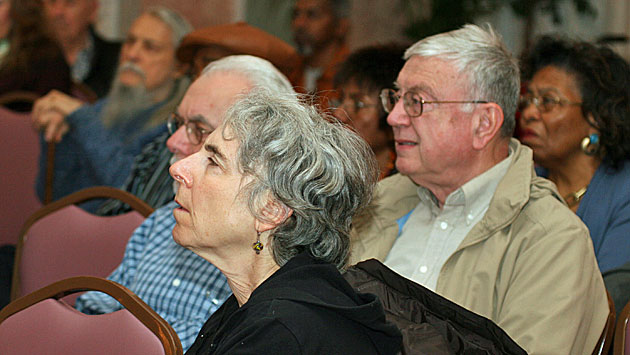 Audience members listen to speakers at the news conference.

She said the Democrats plan for budget reduction would keep America strong for everyone, while the Republicans ask the majority to continue to sacrifice to benefit the few and wealthy. 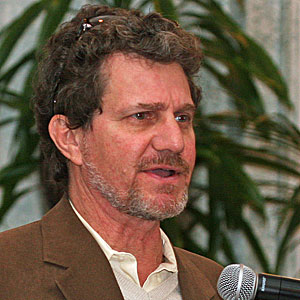 David Borris, owner of Hel's Catering in Northbrook, said more money for average people goes to buy shoes at the shoe store, a jacket at a clothing store or maybe a catered event for a sweet-16 party for a daughter.

By contrast, he said, big tax breaks billionaires end up getting spent buying a villa in France.

"That's not how to build local economies," Borris said.

Borris said only three percent of taxpayers reporting business income fall into the top two tax brackets and would be affected by Democratic proposals to end the Bush-era tax rate cuts — so those changes would have no impact of the vast majority of small business owners.

Schakowsky said the Democrats are also proposing a variety of ways to rein in spending, from cutting outdated weapons systems from the military budget to letting Medicare negotiate with drug companies to get lower prices.