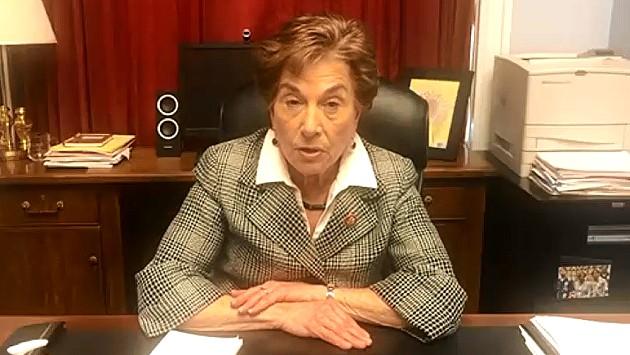 U.S. Rep. Jan Schakowsky this evening said she will join other lawmakers in introducing articles of impeachment against President Trump in response to Wednesday’s invasion of the Capitol by a mob of Trump supporters.

“Yesterday, an armed mob, at the behest of President Donald Trump, stormed the Capitol with guns, homemade bombs, and chemical weapons while the entire Congress gathered to certify the election results,” Schakowsky said in a statement. “This was an act of domestic terrorism and a grave assault on our democracy. We must move quickly to hold this President and his enablers, including those in Congress, accountable for these treasonous acts.”

Schakowky said she also plans to join in a resolution calling for the expulsion of Members of Congress “who violated their sacred Oath of Office and supported and encouraged this violent insurrection.”

“I have specifically called on Rep. Mary Miller of Illinois to resign following her comments yesterday saying, ‘Hitler was right.’ It is this type of rhetoric that fueled yesterday’s attack by white supremacists and far-right extremist groups, and it has no place in the United States Congress.”

Schakowsky said she’s also urging Vice President Pence and Cabinet officials to invoke the 25th Amendment “to ensure this dangerous and unfit President can do no further damage to our nation.”

And She said she supports an investigation “into the unacceptable security failures at the Capitol.”

“While yesterday’s events were devastating and will stain this country’s history forever, I have no doubt that democracy will prevail,” she added. “This nation has successfully fought back against hatred, authoritarianism, and fascism since its founding. Together, we will show that these dangerous ideals have no place in the United States of America.”