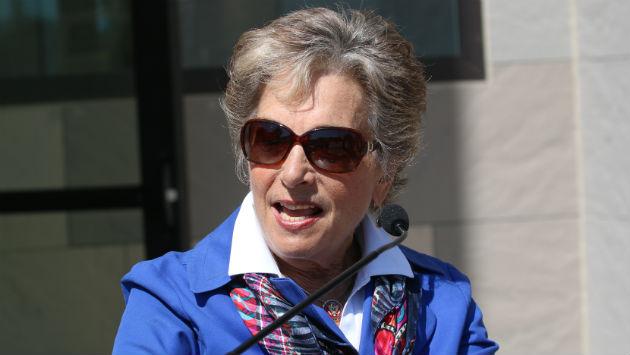 “I was hoping to exhale,” U.S. Rep. Jan Schakowsky said this afternoon as the presidential vote count dragged on.

The Evanston Democrat, who easily won re-election to her 12th term on Tuesday, was watching as fellow Democrat Joe Biden edged closer to but had not yet reached the 270 electoral votes needed to win the presidency. “Until it happens, the anxiety will persist,” Schakowsky said.

If Biden does indeed win, Schakowsky said, she expects proposals on the economy, infrastructure, green energy with related job creation, an increased federal minimum wage, and, of course, an attack on the coronavirus pandemic. “People are ready for bold action,” she said.

Schakowsky also said, “Joe Biden will be for everyone,” and will “transform our country away from how angry and separated it has been.”

The veteran representative said she was surprised at what will likely be a smaller Democratic majority in the House, due to some Republican gains. “That’s unexpected,” she said. “I thought it would be more like 2018. I had pictured a different election day for the House and the Senate.”

“We really need to understand why” that happened, she said. Schakowsky said Democrats need to better analyze the Fox News and talk radio culture which dominates the political right. “It seems Trump voters had a grievance and possibly felt Democrats were elitists. At least they felt Hillary Clinton was,” she said.

However, Schakowsky said “every day has been a betrayal” of those voters by Donald Trump. “He doesn’t care about anyone,” she added.

Even though the Democrats will apparently not pick up enough Senate seats for a clear majority, Schakowsky said, it appears there will be two Senate runoff elections in Georgia in January. Georgia calls for a runoff when a winning candidate does not receive at least 50% of the vote. That is definitely the case in one Georgia race from Tuesday, and may turn out to be the case for the other.

If there are two Senate races in Georgia in January, and if the Democrats can win them both, there would be a 50-50 Senate tie. That tie would be broken by the Vice-President, who’ll be Kamala Harris if the Democrats take the presidency.

In that case, Jan Schkowsky will be able to exhale.