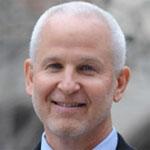 Northwestern University's president has sent an open letter to Evanston's mayor apologizing for the amount of noise that could be heard in city neighborhoods Saturday from Dillo Day music performances on the lakefront.

Schapiro says that because of construction on campus, the stage this year was facing south, rather than east, which apparently contributed to the problem.

Here's the text of his letter, as posted on the university's website:

Following up on our email exchange, on behalf of Northwestern, I would like to apologize again for the unusually loud level of music that occurred during Dillo Day on Saturday. We appear to have been quite successful this year in reducing behavioral issues in the neighborhoods near campus, and we have heard from residents in those areas who were pleased with the progress that has been made. On the other hand, there were far more noise complaints this year than in the past.

In doing our post-event analysis, it appears the increased noise in the neighborhoods near campus, particularly to the south, was the result of a new configuration of the stage this year due to construction, along with the wind pattern. Specifically, the stage was pointed south this year while in previous years it was pointed east toward the lake. With the wind coming off the lake, the sound carried south and west into the neighborhoods. Again, I extend our apologies to you and to our neighbors.

I assure you that as we plan Dillo Day next year, we will take a careful look at the configuration of the stage and at other ways to reduce noise coming from the event.

Finally, I would like to express my appreciation for the cooperation and support of the Evanston Police and Fire Departments during Dillo Day. Their collaboration with University Police enabled us to provide a safer environment for our students and for residents of the neighborhoods near campus.