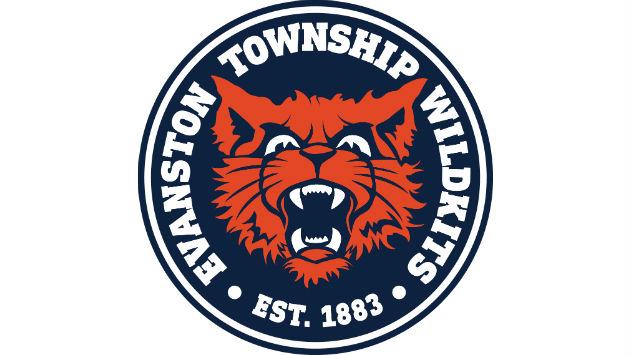 Hannah Schaps doesn’t worry about the lack of respect shown by softball pitchers for the No. 9 hitter in the batting order.

The Evanston  senior outfielder is too busy hunting line drive hits — and collecting input from her teammates higher up in the order — to worry about respect.
Settled into the bottom of the ETHS lineup, Schaps continued her hot hitting Monday as the Wildkits rallied from a 5-0 deficit to pin a 9-6 defeat on visiting DePaul Prep in a non-conference makeup game.

Schaps went 3-for-3 and drove in the go-ahead runs with a 2-run single as part of a 5-run rally in the bottom of the sixth inning for Evanston, now 13-5 on the season.

“I’ve pretty much been the No. 9 hitter all four years here, including after I came back from a broken ankle my sophomore year,” Schaps said. “Pitchers don’t expect you to hit the ball much down there. But it’s all because of my teammates when I have any success, because they’re the ones giving me the info about what the pitcher’s throwing. It takes a little patience to sit and wait for my turn like that, but it’s a great spot for me to be able to help the team.

Schaps also contributed with her baserunning, twice moving from first base to third base while her teammates executed sacrifice bunts. She scored three runs Monday while pushing her season batting average over the .400 mark.

“I haven’t ever asked Hannah if she likes that No. 9 spot. But she’s served us really well down there,” said Evanston head coach Katie Perkins. “She’s so consistent as a hitter and she could fill a lot of different slots in the batting order. But our top seven hitters are so strong and why change what’s working?
“Our 6-7-8 hitters really came through for us today, too. Unfortunately some of their bunts weren’t working, but I’ll take the trade for the line drives they hit instead.”

Evanston’s comeback from that early deficit included a two-run inside-the-park-home run by Caroline Job in the fifth. With one out and Schaps on second, Job lined a shot into the right field corner and came all the way around to score before DePaul (4-13) could complete the relay to the plate.

The game-winning rally for the hosts started with one out, when pinch-hitter Molly Chambers doubled to the gap in left center. Gwyn Hodges drew a walk about failing to put a bunt down, and Grace Elwood fouled off two bunt attempts before lining an 0-2 pitch over the second baseman’s head to tie the contest at 5-5.

Schaps ripped a two-run single to center, a two-out error kept the rally alive, and Megan Chambers delivered an RBI single to right as the hosts sent 9 batters to the plate.

Reliever Jaden Janzen yielded a run in the top of the seventh but picked up the victory.

Both Janzen and starter Zoe Kurtzer had to shake off some rust in the circle since Molly Chambers and Elwood have assumed most of the pitching duties this spring. Kurtzer yielded 5 runs in the third inning, including three walks and two doubles, and Janzen struggled with her command after taking over in the fourth.
Janzen struck out 8 and issued 5 walks in her 4-inning stint, but stranded six baserunners over that stretch. On the day, the Rams left 10 runners on base.