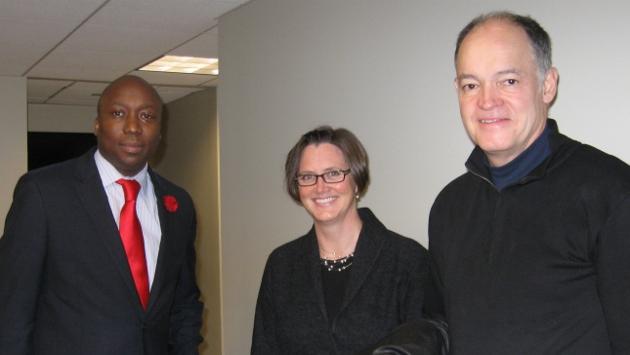 Four Evanston candidates for the April 7, 2015 school board elections were standing in line at the Cook County clerk’s office in the Loop at 8 a.m. Monday in hopes of landing a coveted spot at the top of the ballot.

With some 700 candidates from 145 suburban Cook County districts expected to file their paperwork this week, long lines at the four filing offices were not unexpected on the first day of filing.

When more than one candidate seeking the same office is in line at 8 a.m. today, a lottery will be conducted at the end of the filing period for the top ballot position.

Similarly, candidates who file between 4 and 5 p.m. on Dec. 22, the last day for filing, will be included in a lottery for the last spot on the ballot.

The other three locations where candidates can file are at the Arlington Racecourse in Arlington Heights, the Hawthorne Distribution Center on Chicago’s south side, and the Tinley Park Convention Center in Tinley Park. 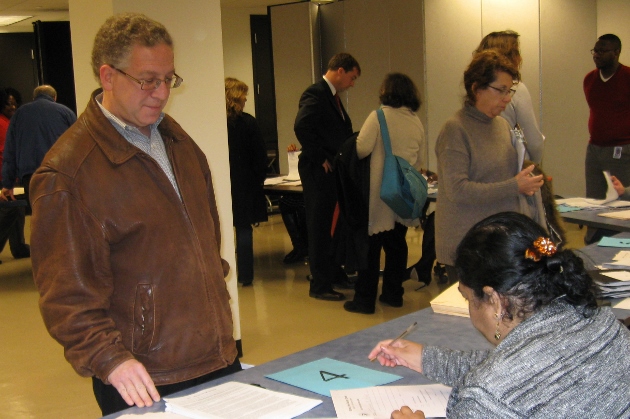 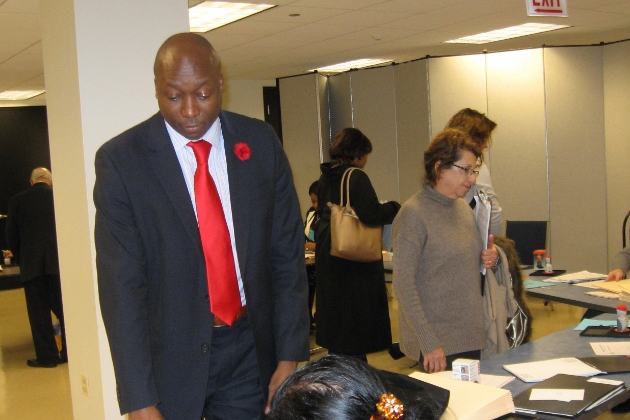 At least two incumbents on each board have announced they are running for re-election to another four-year term. 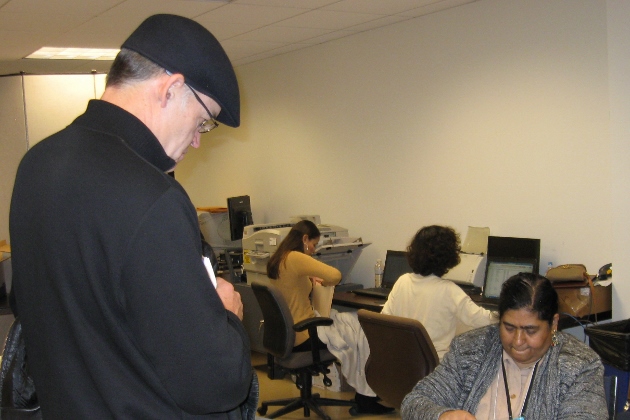 At District 65, the incumbents included Omar Brown, who is filling the unexpired term of Eileen Budde, who resigned earlier this year; Richard Rykhus, the board’s vice president; and Katie Bailey, a former board president. 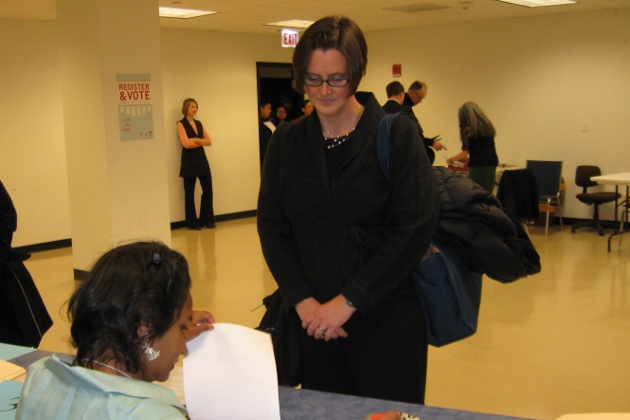 Bailey has stated she does not intend to run, but Brown and Rykhus have said they plan to stand for re-election. A newcomer to the race is Jennifer Phillips, who founded a group of parents called Math Matters, who have campaigned for improvements in the math curriculum in the district.

At District 202, incumbents Jonathan Baum and Mark Metz were among those standing in line Monday morning at the clerk’s office. Scott Rochelle, whose term is also expiring, had not yet declared publicly his intentions.

Top: Brown, Phillips, and Metz await their turn in line at 8 a.m.

Update 6 p.m. 12/16/14: Richard Rykhus said today that he plans to file his nominating petitions on Thursday.