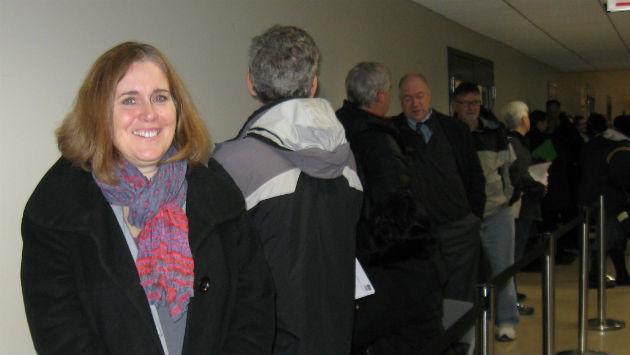 On the first day of filing as candidates with the county clerk’s office for positions on Evanston’s two school boards, four candidates were in line in downtown Chicago as filing began at 8 a.m. Monday.

Near the front of the line was Patricia Maunsell and not far behind were Lindsay Cohen, Gretchen Livingston, and Nick Korzeniowski. 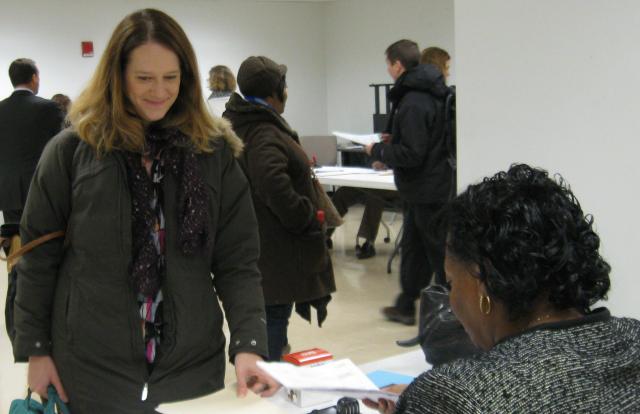 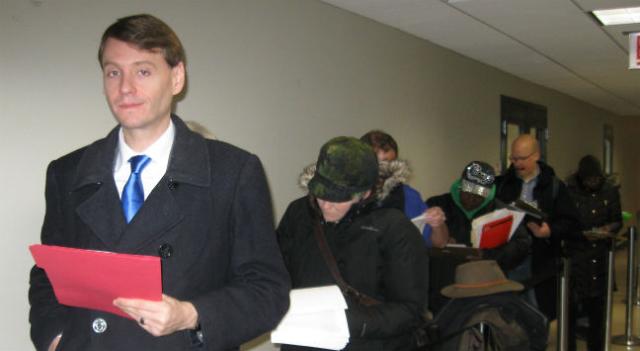 About 750 candidates from 145 suburban Cook County school districts are expected to file paperwork to get on the ballot in the weeklong filing period that ends at 5 p.m. on Dec. 19. 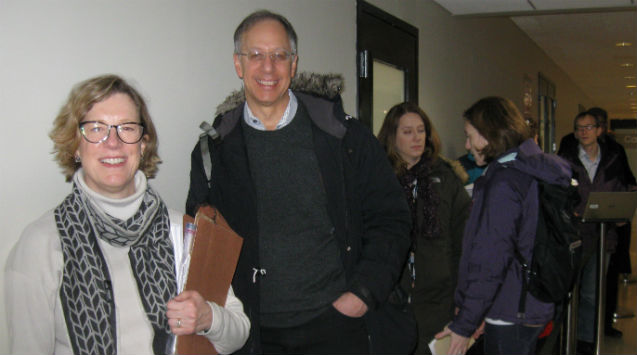 Former District 202 Board President Gretchen Livingston waits for the line to move before 8 a.m.

For the rest of the week, however, paperwork will only be accepted at the clerk’s office at 69 W. Washington, Chicago, and at the Hawthorne Distribution Center.

Several of the local incumbents chose to travel to Prospect Heights to file Monday morning. These included Candance Chow, Anya Tanyavutti, and Suni Kartha of District 65, and Pat Savage-Williams and Anne Sills of District 202.

Although each board has seven members, only four terms expire in 2017, while the other three will expire in 2019. There is an exception this year, however, for District 65. Because a vacancy occurred in the first half of the term of Jennifer Phillips, her replacement, Tanyavutti, must run in this election in order to serve for the final two years of that term.

The election for school board positions will be held concurrent with elections for Evanston mayor and aldermen, on April 4, 2017.