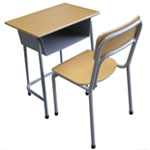 Evanston/Skokie School District 65 board members Monday voted to cut the scale of borrowing for capital projects over the next few years.

The district administration had recommended authorizing $17.5 million in new borrowing, but the board, on a split vote, decided to trim that to $10 million.

Board members Andrew Pigozzi and Jerome Summers voted against the reduction.

Pigozzi called the debate over the change "an absurd discussion."

"It doesn't make any sense," Pizozzi said, because the vote would not limit any future board from going ahead and borrowing the full amount.

The amount of money the board can borrow for capital projects without seeking voter approval through a referendum is capped under state law. The law contains a formula which in recent years has provided roughly an additional $2.5 million in borrowing authority each year. And as current bonds are paid off, the district can again borrow amounts up to the cap.

The district has a long list of capital improvement projects scheduled — ranging from providing secure building entrances to tuckpointing and roof repairs.

The $17.5 million figure would have funded capital projects through the next three years, but Board President Katie Bailey said she saw no harm in cutting the amount approved now to $10 million, with an election coming up next spring.

"Let future boards do the rest themselves," Bailey said.

The resolution approved Monday only is a preliminary step to actually issuing bonds, and a separate board vote will be required to approve specific projects and actually authorize issuance of the bonds.