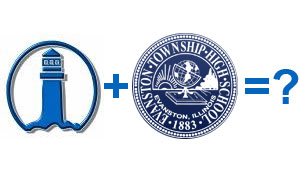 Consolidation of Evanston/Skokie’s two school districts is one of 30 recommendations to be presented at tonight’s meeting of the District 65 school board as a means of solving future budget crises for the district.

The 2011 Citizens’ Ad Hoc Budget Committee, which has been meeting since Sept. 6, will present its final report for discussion. Superintendent Hardy Murphy said that additional opportunities for staff review and deliberations will occur as the district begins its annual budget building process next year.

Not helping the situation is that student enrollments have increased by 11 percent since the 2007-08 fiscal year and are projected to increase another 2.82 percent from FY2011-12 to FY2015-16.

Among the other recommendations that are sure to provoke board interest are to increase class sizes, take the teachers union president off the district’s payroll, and examine the number of non-teaching professionals, such as school psychologists, social workers, and speech pathologists, employed by the district.

Noting that the ratio of 475 non-teaching employees to 680 teachers is higher than national standards recommend, the committee suggests that the district “could consider lowering the ratio of such support staff while adhering to nationally recognized standards.”

On school consolidation, the committee recommends consideration of "the financial and educational feasibility of merging District 65 and District 202 to save duplicative costs while enhancing educational continuity."

The budget committee’s presentation is likely to have an effect on the board’s discussion about how to finance the building of a new school in the 5th Ward, which is also on tonight’s agenda.

The public portion of the meeting is scheduled to begin at 7 p.m. at the district’s headquarters, 1500 McDaniel Ave.