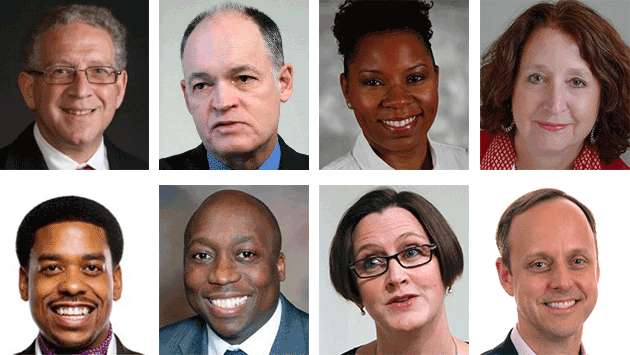 It's a little past the halfway mark in the campaign for school board seats in Evanston, and some candidates seem to be way out in front in terms of lining up signs of support from potential voters.

We checked three indicators of support on Monday — people listed as supporters on campaign websites, likes on candidate Facebook pages and followers on candidate Twitter pages.

First we need to note that one candidate — Adrian Dortch — is off the charts in terms of Facebook likes and Twitter followers — so far off the chart, in fact, that we've left him off the charts included with this story so comparisons among the other candidates would be more clear.

Dortch, who has a national following as a result of his role as a contestant on "The Biggest Loser" television show, has 1,883 Facebook likes and 317 Twitter followers. But as of now he doesn't list any supporters on his campaign website. 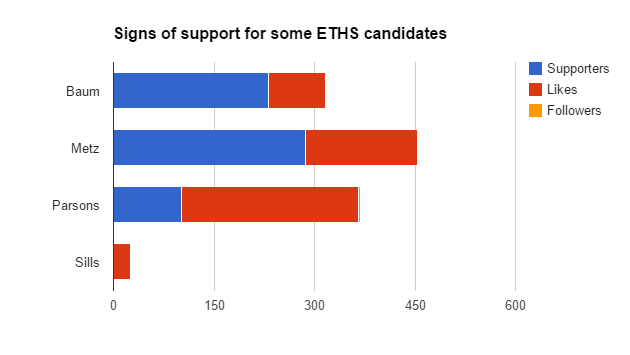 Among the four other candidates running for the three available seats on the high school board, incumbents Mark Metz led in listed supporters on his campaign website with 286, followed by 231 for incument Jonathan Baum and 102 for challenger Monique Parsons. But Parsons led in Facebook likes with 264 to 167 for Metz, 85 for Baum and 25 for Sills.

Twitter isn't really a factor. Parsons is the only District 202 candidate besides Dortch with a Twitter presense we could locate, and she has only two followers there. 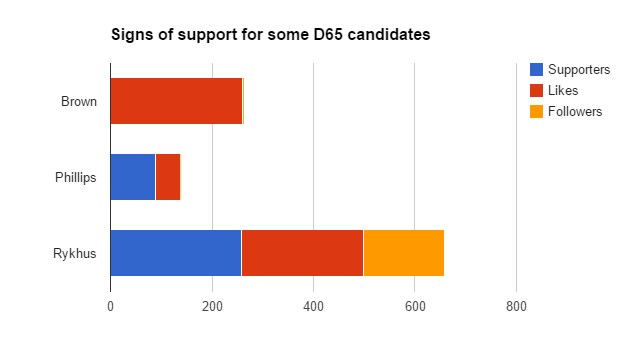 In the District 65 race, four candidates, including Dortch, are seeking three seats. Incumbent Richard Rykhus is out front in terms of supporters listed on his website, with 258, and has 240 Facebook likes and 161 Twitter followers.

It's unclear, of course, how well these signs of support will translate into votes on election day, April 7.

Editor's note 1 p.m. 2/18/15: This story has been revised to add website supporters for Monique Parsons, whose website we failed to locate when developing the original version of the story.