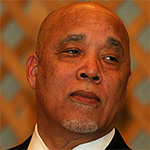 District 65's Communications Director Pat Markham says School Supt. Hardy Murphy isn't available today to comment on his resignation, but she relayed comments he'd made in a conversation with her about his departure.

Markham said Murphy and the board agreed that it was the right time for him to leave.

“The Board is at the beginning stages for developing a new strategic plan,” he said, adding that they could best accomplish developing the plan with the leadership in place that will implement the plan.

Murphy, who is about age 65, said that by leaving now, at this stage of his career, he can take advantage of a window of opportunity to continue making a professional contribution to education while at the same time giving him and his family more time to enjoy the simple pleasures life has to offer.