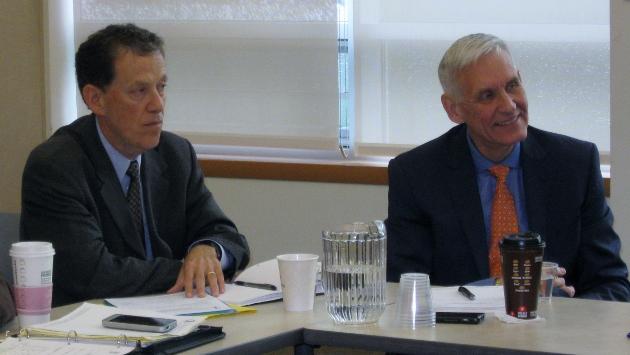 Evanston schools are doing great things for the area’s kids, but one nagging challenge just won’t go away.

And that is the achievement gap between white students and African American students. It’s a problem that’s been around for decades, but nothing seems to work.

A massive amount of material has been reported in the local and national news media about the gap, but the most recent figures from the new Partnership for Assessment of Readiness for College and Careers (PARCC) show that about half of the Evanston/Skokie School District 65 students score as proficient in English, but 70 percent of the white students achieve that benchmark, compared with only 20 percent of the black students.

In math, those numbers are 71 percent of white students and only 16 percent of black students—an even bigger gap.

Nevertheless, the superintendents of  District 65, which operates the elementary and middle schools, and Evanston Township High School District 202, which runs the high school, are not about to give up.

The problem has been so pernicious over the years that the two districts have joined with the City of Evanston, Northwestern University, and dozens of community businesses and non-profit agencies to create the Cradle to Career initiative that is focusing on early childhood literacy as a way to get kids off to a decent start when they enter the school system at the age of 5.

School officials have complained for years that a large percentage of black students come to them in kindergarten already so far behind that they never catch up, and many eventually drop out before they graduate from high school.

At Thursday’s presentation, Superintendent Goren repeated a three-part strategy he had earlier addressed at his board’s meeting earlier in the week.

ETHS Superintendent Witherspoon described efforts that so far have been successful in removing barriers for black students to enroll in Honors classes and to sign up for Advanced Placement classes in their later years.

The high school has also been proactive, he said, in reaching out to dropouts and bringing them back to the classroom, lured by an increasing number of classes and special services, including algebra for entrepreneurship, geometry in construction, advanced manufacturing labs, and automotive repair classes, among many others.

He acknowledges that not all students are going to enroll in competitive colleges, but at least the high school can prepare many of them for classes at Oakton Community College and elsewhere that will give them an edge up in qualifying for well-paying jobs.

The next step in the gap-closing strategy is a special agenda at the April 27 meeting of the District 65 board, which President Tracy Quattrocki described at Monday’s board meeting as a “summit” for gathering input from the community for additional steps the boards can take to address the issue.

In Superintendent Goren’s words: “We are poised to make a difference.”

Black parents to board: Repair the gap