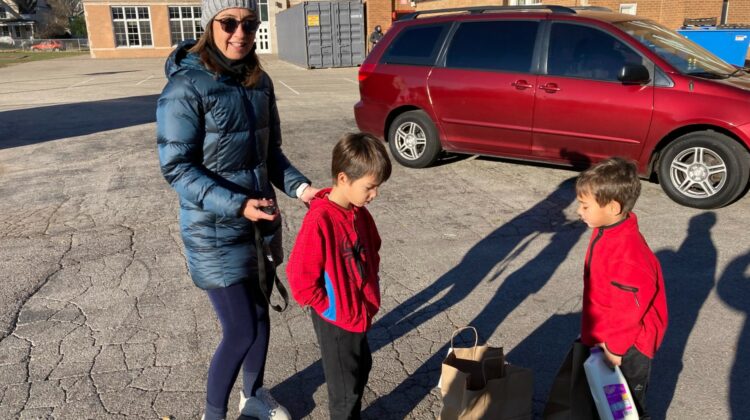 The last-minute decision by Evanston/Skokie District 65 to close schools Monday and Tuesday is not sitting well with many parents, particularly those forced to scramble for child care.

On Friday afternoon, Superintendent Devon Horton announced the shutdown, due to a higher than normal number of teacher absences, and the inability to find enough substitutes.

“We believe,” Horton stated, “this is a result of educators and support staff needing to rest and to focus on mental health and also tend to their own families.”

Horton’s announcement came a day after the president of the school system’s teachers union, Maria Barroso, reportedly sent an email to teachers saying it was OK to take a sick day or two during Thanksgiving week if they were feeling overwhelmed.

But the unexpected school closing has left some parents of the district’s 6,500 students also feeling overwhelmed.

“Panicked” and “outraged” were among the words in a Facebook post by Elie Hale, the mother of a special needs child in Park School.

Hale forwarded that post to Evanston Now. “While teachers deserve to be appreciated,” she said, “Last minute ‘mental health days’ are absolutely not the way to do it.”

Hale said the domino effect impacts not only children and their parents, but also wherever the parents may work, as they might have to call in sick themselves to stay home with children.

And, she noted, the problem is particularly troubling for special needs children, who, in this case, will be at home from school for a week due to the cancellations plus the scheduled Thanksgiving holidays.

Superintendent Horton acknowledged that the closings “may put working families in a bind.”

He said the district contacted childcare providers to see if there was any way to find space for kids, but explained this was not possible because those providers were experiencing staffing shortages themselves.

District 65 did make several days worth of food available for families. The supplies were distributed this morning at three middle schools.

Jenesz Spence was among the parents picking up food at Nichols Middle School.

Spence said the last-minute closing was “very difficult,” as she will now have to stay home with her daughter and will be unable to go to work.

Seniz Ortunc was also at Nichols, with her twin five-year old sons, Mert and Alp.

Ortunc said the school shutdown means Monday and Tuesday “will not be easy days.”

In a normal year, District 65 might have been able to find enough substitutes to cover a large number of sick calls by staff.

But COVID-19 has made nearly the past two years anything but normal.

Before the pandemic, District 65 was able to fill about 85% of the substitute positions needed on a given day. Recently, that fell to about 60%, and district Spokesperson Melissa Messinger told Evanston Now that the fill rate for this Monday and Tuesday would have only been 21%.

And with substitute teachers in such demand, the subs can shop around for better pay.

According to the job search site Indeed.com, the average pay for subs in Evanston was $17.25 an hour, about $1 less per hour than in Chicago, and significantly less than Oak Park and Naperville, where the hourly rate is over $20.

Evanston Township High School had a similar school closing earlier this month, when a high number of teachers called off for the day after Veterans Day. When not enough substitutes could be found, ETHS had a remote learning day on Nov. 12.

However, unlike ETHS, which used an “emergency day” for remote e-learning, District 65 is adding on the two canceled days this week to the end of the school year.

It’s unclear if the high number of absences is related to an ongoing labor issue in the district.

Superintendent Horton has strongly disagreed with that, although recently said that the process of change in District 65 might itself need to slow down, as he has been trying to implement many new things.

Whatever the underlying causes for the absences, the closings present a Thanksgiving week challenge for families who dealt with multiple challenges during remote learning.

Eric Herman, a parent of two District 65 students, described the closings this way, in an email to Evanston Now: “This announcement is a real turkey. Kids have missed too much school over the past two years. I know teachers are working very hard and the staff shortages are real. But somehow we’re again in a situation where the kids are getting short shrift.”