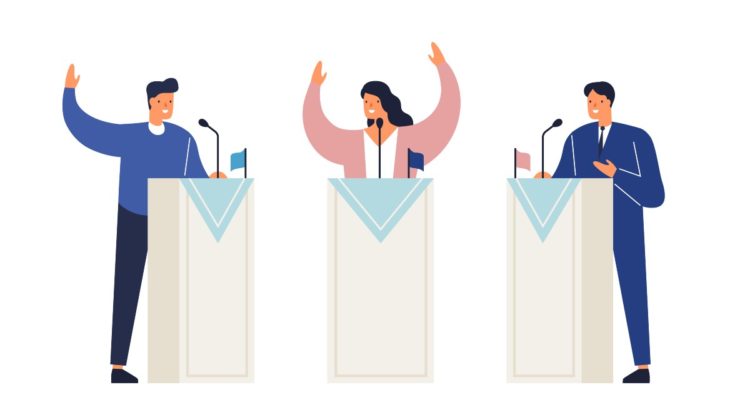 HELP WANTED: Must be willing to work long hours for no pay. Sit through boring meetings. Read complicated budget documents. Receive verbal abuse from the public. Apply to your local board of education.

With working conditions like those, it’s amazing that anyone would ever want to run for a seat on a local school board. Of course, despite all the downsides, there are huge upsides as well … the chance to positively influence thousands of young lives, work with interesting and dedicated people, and make your community a better place in which to live.

In Evanston, the contrasts between the elections for Evanston Township High School District 202 and Evanston/Skokie District 65 show why some races have a surplus of candidates, while others have a shortage.

This April’s ballot has only three incumbents running for four slots on D202 (current board member Jude Laude decided not to run again). But D65 has eight candidates (three incumbents, 5 challengers) battling over four positions.

The shortage/surplus “ebbs and flows” over the years, Baum says. “It tends to reflect the degree of anxiety in the community about what’s going on in the schools.”

Safe to say there is plenty of anxiety right now, with the COVID-19 pandemic still raging, and the controversy over in-person vs. remote education sometimes leading to finger-pointing, name-calling, and the sense that nobody will be happy no matter what you decide.

“The public is divided,” says Tom Bertrand, executive director of the Illinois Association of School Boards. In a typical year, Bertrand says a typical school board sees 20-25% turnover. This year, he says, it may be higher, as more incumbents decide they’ve had enough.

The higher number of District 65 candidates does reflect something which experts often see: “more passion,” says Baum, “about elementary schools.” Parents often have more day-to-day involvement with the schools when they have little kids, and so may feel more motivated to run for the board.

By the time a student gets to high school, Baum notes, “people have often built up a level of confidence and there’s a lower level of parental concern.”

It’s also a lot easier to leave a 15-year-old home for remote education than it is to leave a 7-year-old. So the battle over in-person versus online may be more intensely felt by elementary school parents, leading this year, at least, to more people running in D65 than in D202.

In fact, a parental push against remote learning, the “Coalition to Reopen District 65 Schools,” has led to a slate of three non-incumbents in D65, all of whom are associated with the coalition group.

School board slates are not typical, Bertrand says, but “emotions are running high in these unusual times.”

Baum says the “length of time an administration has been in place” may also be a factor in whether people do or do not run for a board. In District 202, Superintendent Eric Witherspoon and ETHS principal Marcus Campbell have been a team for many years, and there may be a general sense of parental comfort about them in the community.

District 65 has a new superintendent this year, Devon Horton, and Baum says whenever a new leadership team takes over, there is “higher parental interest.”

The “plenty of candidates/hardly any candidates” dynamic is playing out all across Illinois. There are 5,900 school board positions in the state.

And even if, as Baum says, it’s “like having a second job which doesn’t pay,” he also says “it really is an important service. I wish more people would do it.”