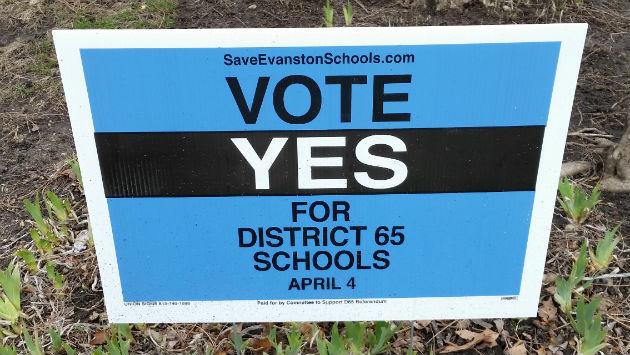 Update 4:40 p.m.: The Evanston Skokie School District 65 board was mistakenly listed on state records as among the big-dollar donors who have made the current school tax hike referendum one of the most expensive campaigns in city history.

State Board of Elections records have shown the school board as having given — in a joint contribution with the teachers union — $7,000 to the referendum campaign on March 22, following a $5,000 donation on Feb. 13. 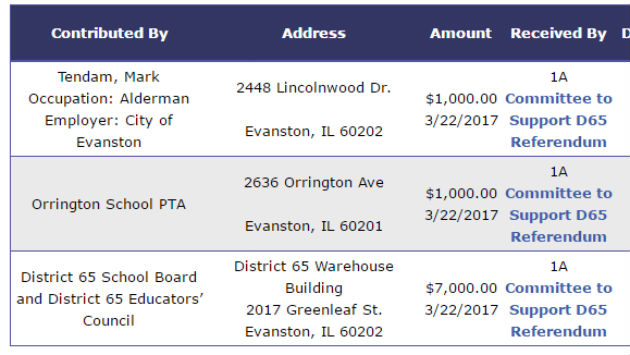 A screenshot from the election board website showing the most recent contribution.

State law prohibits school boards from advocating on behalf of a referendum, although it does permit them to distribute “factual information” about ballot issues.

After Evanston Now this morning reported the listing on the state records, the Committee to Support D65 Referendum send a letter to the state board saying it had erred in listing the contributions as coming from the board — that the money came only from the teachers union. 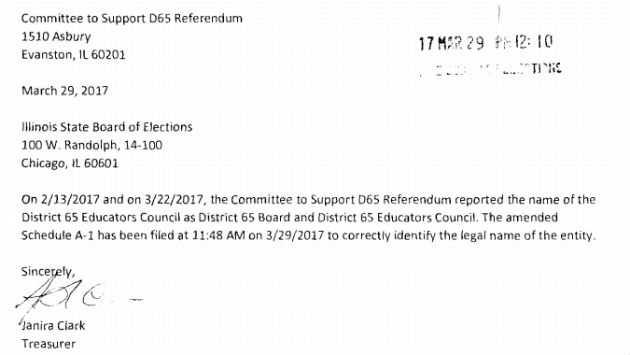 A copy of the letter sent to the elections board today.

The union president, Paula Zelinski; the school superintendent, Paul Goren; the board president, Candance Chow, and Kelly all now insist the $12,000 in contributions came only from the teachers union.

Chow said, “We’ve very carefully observed the requirements under the law to not advocate for the referendum.” 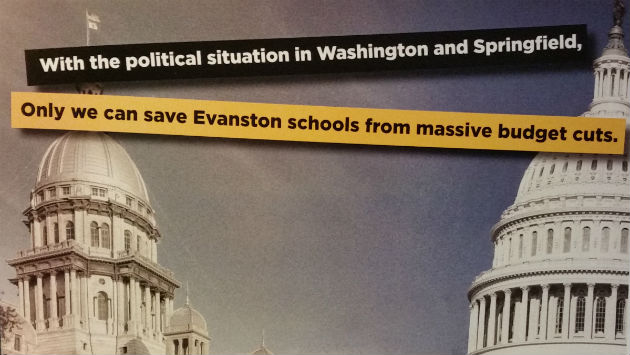 A detail from a flier sent by the D65 Referendum committee this week.

The referendum campaign has featured numerous direct mail fliers, including one suggesting students would be packed into classrooms like sardines in a can if the referendum fails.

With only contributions of $1,000 or more required to be disclosed so far, the pro-tax hike group has reported receiving cash and in-kind gifts totaling $57,000.

That compares to total contributions of just over $18,000 to the committee backing the failed 2012 referendum that sought to build a new school in the 5th Ward.

That committee didn’t report any donations from the school board or the teachers union.