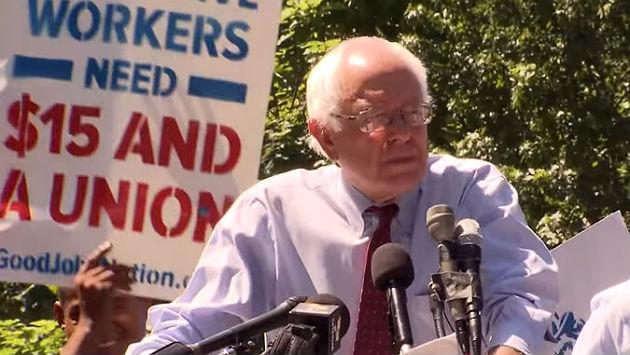 New York City's mayor today acted to raise the minimum wage for city workers there to $15 an hour by 2018. It's a move already taken by New York's governor for state workers, and it prompted Evanston Now to look into how many Evanston city employees make less than that.

In response, the city's human resources staff said that none of Evanston's full-time employees make less than $15 an hour — but 88 part-time employees plus an unspecified number of recreation program instructors work for less — in some cases far less.

That works out to roughly a tenth of the city's total workforce, which includes a little over 800 full-time-equivalent positions. In New York, roughly 17 percent of 300,000 city workers will be affected by Mayor Bill de Blasio's decision today.

The minimum wage has become an issue in the presidential campaign, with Democrat Bernie Sanders backing the $15 pay rate, while Hillary Clinton calls for a more modest boost, to $12 an hour. The federal minimum wage now stands at $7.25 an hour while the state minimum in Illinois is a buck higher.

Proponents of a minimum wage hike see it as key to lifting low wage workers out of poverty and helping them afford decent housing.

Evanston aldermen last fall attempted to address the housing issue by requiring developers to provide subsidized units in new housing projects, but there's been no move from them so far to address the wage issue.

Opponents of a minimum wage increase argue that it will raise prices for consumers and lead employers to reduce workers' hours. It's also argued that the loss of government benefits as wages rise will almost wipe out pay increases.

Among Evanston city workers, those earning less than $15 an hour, all of them part-time employees, include: