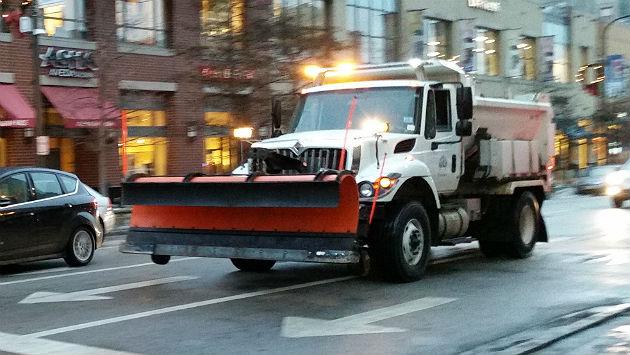 Snow flurries have been falling in Evanston this morning and forecasts suggest we could get patch of somewhat heavier snow before noon.

Forecasts indicate temperatures will rise this afternoon to near the freeing mark, and snow on the side streets is expected to melt.

The snow work has delayed street sweeping scheduled for this morning, and Cornelius says leaf pickup operations for the day will depend on whether more snow-related work is needed.

Most city workers are off the job today for a furlough days to help balance the budget. Three more such days are in the proposed budget for next year.

“Crews are redeploying into snow equipment and heading out to the snow routes to salt the streets,” he says. “We are in the process of calling in additional staff for sidewalks around our parks and parking lots” and will continue snow operations until completed.