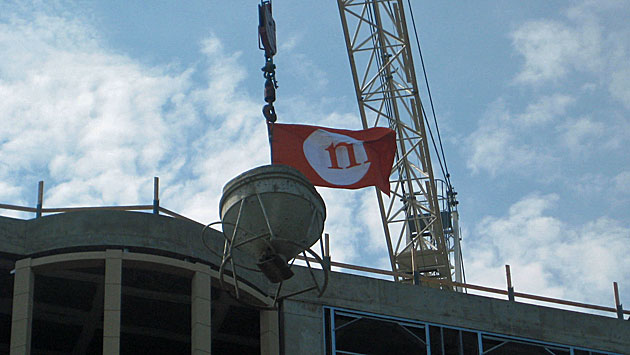 Officials from Mather Lifeways gathered this afternoon to watch as the last bucket of concrete was raised to the roof of the second new Mather building under construction in Evanston.

The topping out ceremony for the building at 422 Davis St. still leaves several months of finishing work on the structure before its scheduled completion later this year.

The new building, on the site of the former Georgian Hotel that was demolished to clear the way for it, will match another Mather building recently completed just across the street at the northeast corner of Hinman Avenue and Davis Street.

The project was first announced in the Fall of 2003 and construction began in April 2010. The new building will have 99 residential units plus two indoor pools, a steam room, a sauna, a group cardio room, a fitness center, a theater, an art studio, and a multi-purpose education facility. 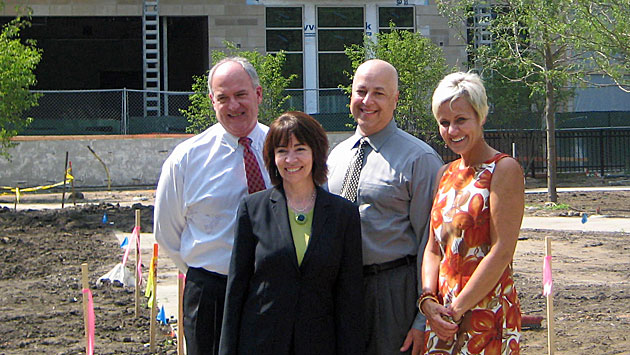