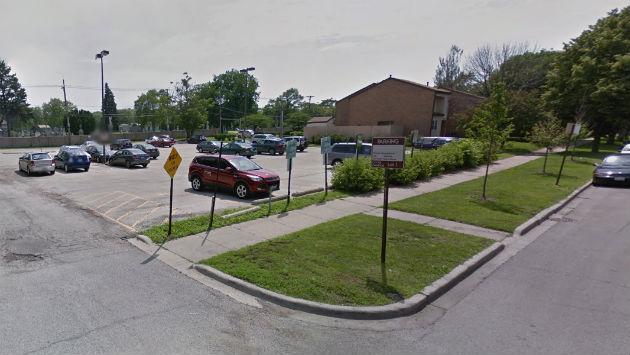 Evanston city officials are moving forward with plans to convert a city-owned parking lot on South Boulevard into an affordable housing site.

The lot has a capacity of 69 cars and less than half of its spaces have been rented in recent years, according to a staff memo presented to the Transportation and Parking Committee.

The committee last week approved plans to seek an appraisal of the 23,000 square foot lot to determine its value.

The Housing Authority of Cook County owns the 15,500 square foot parcel just west of of the parking lot, which is currently developed with four public housing townhomes.

The city’s economic development manager, Paul Zalmezak, says HACC officials have indicated a willingness to redevelop its property as well, as long as the existing units are replaced and some additional affordable units are included in the new development.

Zalmezak says the city has received a number of inquiries from developers interested in redeveloping the site, given its proximity to the CTA’s South Boulevard station.

The properties are currently zoned R4, which permits a maximum building height of 35 feet, although amendments to the city’s Inclusionary Housing Ordinance now under consideration would raise that height limit to 47 feet.

A conceptual rendering of the addition to Perlman Apartments.

Those plans were first presented presented at a 1st Ward meeting in June.

Monocchio indicated to aldermen Monday that HACC is still seeking funding to be able to move forward with the Sherman Avenue project.