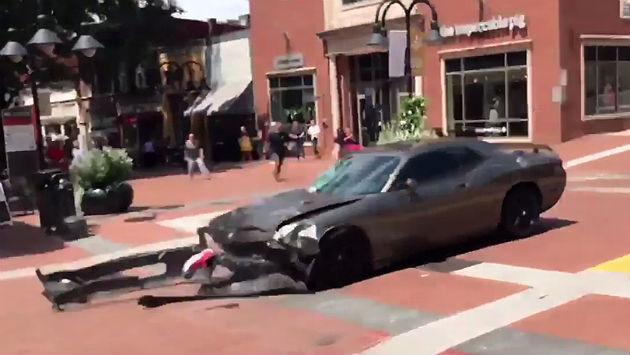 In the wake of attacks in which vehicles have been rammed into pedestrians, Evanston Now asked city staff this week about security plans for the new plaza in Fountain Square that will eliminate traditional curbs between pedestrians and cars.

Within the past seven days there have been vehicle-ramming attacks in Charlottesville, Virginia, and in two Spanish cities, and there’ve been at least a dozen other such attacks within the past two years around the world.

She says that while curbs do help to define the separation between cars and pedestrians, they aren’t considered a safety feature for pedestrians and mainly control and direct storm water.

The new curbless street, Biggs says, will direct storm water away from the sidewalks instead of toward it. 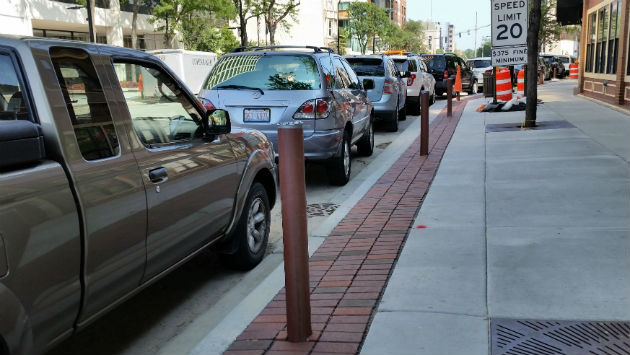 “The curbless street will also include a variety of visual cues to both drivers and pedestrians, including bollards, parking meters, planters and pavement material changes to help identify pedestrian and automobile zones,” she says.

Bollards, metal posts that in the fountain Square plan will have 42-inch deep concrete footings and be filled with concrete, are are one of the key tools used to protect against vehicle attacks. 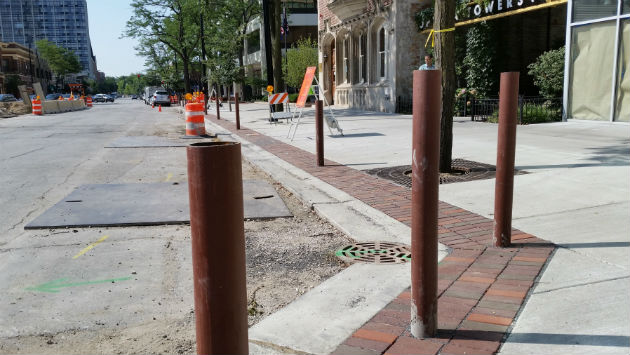 Biggs says that in Fountain Square the bollards will be spaced about 14-feet apart in the plazas and corners and about 21-feet apart through the rest of the area.

She says the bollards would stop a car that hit one, but that they aren’t spaced closely enough to act as a security barrier.

“To get them close enough together to provide a true security barrier would really change the visual feel of the block,” Biggs says.

“And while it could be done, you’d have to do the entire downtown, or the driver would just go one block over to do their damage,” she added.

“I don’t think the city is ready to do that yet. It’s only been a few locations where these attacks have actually taken place, although that doesn’t do much to diminish the horror of it.

“If these attacks start hitting closer to home,” Biggs said, “We may have to take it into consideration.”