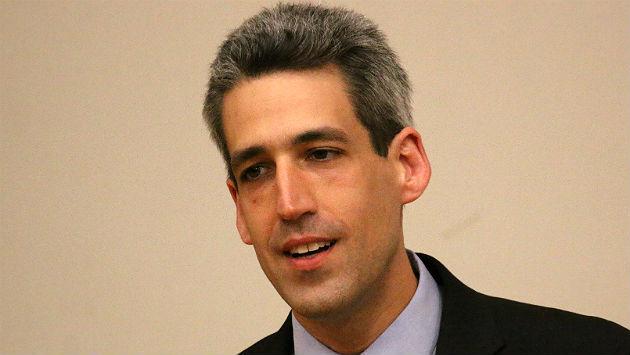 A measure sponsored by Sen. Daniel Biss (D-Evanston) to provide public matching for small political contributions was approved by the Illinois Senate today.

Biss said Senate Bill 1424, which would match contributions between $25 and $150 from local donors on a six-to-one basis, would help “restore the balance of power in government and ensure that average people – those who represent Main Street America and middle-class values, not Wall Street and the corporate class – have greater influence over the decisions that are made in Springfield and elsewhere.”

“Everyone who is frustrated today by the influence that corporations and billionaires wield over politicians and the policy decisions they make should support the concept of small donor matching,” Biss added.

The bill would also condition the matches on candidates agreeing not to accept contributions of more than $500 from a single donor and limits would be set on the total amount of public funds available to each candidate.

Under the legislation, the General Assembly could appropriate money to a special fund in the state treasury. The funds would be either $1 per Illinois resident or 1/20th of 1 percent of the state’s annual budget, whichever is greater.

David Melton, senior advisor to the Illinois Campaign for Political Reform, which supports the legislation, said, “Everyone should have an opportunity to run for office and participate in the political process.”

Jay Young, political director with Common Cause Illinois, said, “During the last election, we watched campaign spending in this state spiral out of control with nine local statehouse races exceeding $2 million in contributions,” Young said. “Proposals like Senate Bill 1424 provide candidates with the option to break the cycle of chasing larger and larger checks.”

Biss added that Illinois can’t afford not to pursue small donor matching, particularly in light of the state budget stalemate and the harmful influence of the corporate class at the highest levels of state government.

“This is a structural reform that everyone should be able to agree is good for Illinois and its future,” Biss said.