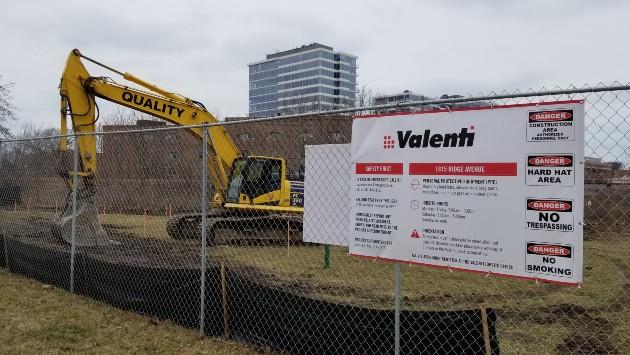 Developers of a planned senior living building at 1815 Ridge Ave. are scheduled to seek approval for a building permit this afternoon at a pandemic-induced virtual meeting of Evanston’s Design and Project Review Committee.

The planned development, as it was originally approved by the City Council in July 2016, called for a 10-story building with 102 independent living units, 21 assisted living units for residents with cognitive impairments and 30 memory care rooms.

The plans since have been revised, in part because of construction of the Avidor, a new independent living building a block away at 1727 Oak Ave.

The building has also been reduced in height to nine stories.

The virtual DAPR meeting will be held using the GoToWebinar platform. Access details are available in the meeting packet.

Update 3/26/20 10 a.m.: DAPR approved the buiding permit request, subject to the developer continuing to work with staff about the configuration of the public sidewalk and intersection at Oak Avenue and Clark Street.

Community Development Director Johanna Leonard says the virtual meeting format “was a little clunky, but we made it work.”