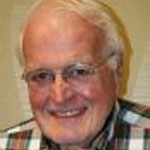 A funeral service will be held Saturday, May 19, for John O. Wyandt, who served as an Evanston 6th Ward alderman for 12 years in the 1960s and ‘70s. Wyandt died Tuesday, just two days before his 80th birthday.

A longtime resident of Evanston, Wyandt was one of the founders of the Rotary Club of Evanston Lighthouse and was its second president, in 1986-87. He served as senior warden of St. Matthews Episcopal Church and was an active participant in the Republican Club of Evanston.

He was also president, in 1988, of the 92-year-old Current Events Class of Evanston.

Wyandt graduated from DePauw University in 1954 and spent most of his career in finance and sales. He is survived by his wife, Dorothy, four daughters, and 11 grandchildren.

The services on May 19 will be at 4 p.m. at St. Matthews Episcopal Church, located at Lincoln Street and Hartrey Avenue.