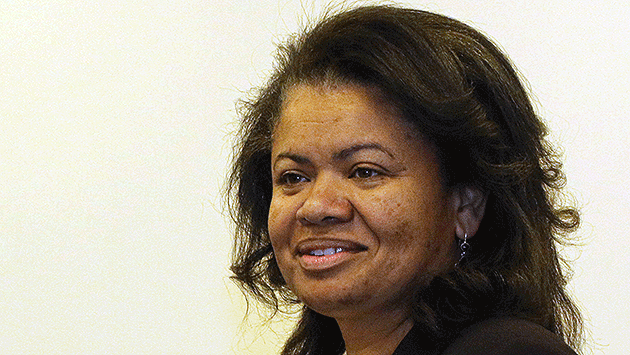 Evanston aldermen Monday are scheduled to approve a $500,000 payment to former Public Works Director Suzette Robinson to settle an employment discrimination suit she filed after she was dismissed from her city job.

Robinson, who now is chief operations officer for the District of Columbia Department of Transportation, alleged in her suit that City Manager Wally Bobkiewicz, Corporation Counsel Grant Farrar and Human Resources Division Manager Jennifer Lin discriminated and retaliated against her in a chain of events that led to her dismissal in August 2015.

The suit was initially filed in May 2016. In January, Federal District Judge Sara Ellis dismissed many of the claims, but allowed Robinson’s attorney to file a second amended complaint, and Ellis in June rejected a dismissal motion on those claims.

Robinson, as recounted by Judge Ellis in her June ruling, said that the problem started in May 2014 when she completed a performance evaluation of the city manager in which she claimed he treated members of the city’s African American community and its African American employees poorly.

That fall, Robinson said, Bobkiewicz publicly reprimanded her in front of other department employees and falsely told at least two of her subordinates that she was seeking to leave her position.

She then filed a Healthy Work Environment Complaint against Bobkiewicz, which was investigated by Assistant City Manager Marty Lyons, who, she says, sustained three of the complaints she’d made, and led Mayor Elizabeth Tisdahl to issue a written reprimand to Bobkiewicz.

In the early months of 2015, Robinson said, she noticed other signs of discriminatory behavior and sent a demand letter to the city, to which Farrar replied that she had also been the subject of numerous Healthy Work Environment Complaints.

(Robinson this year was sued in state court by a former public works employee who claimed Robinson had harassed her.)

In late April 2015, Robinson filed a discrimination complaint with the Illinois Department of Human Rights.

After that, she says, Farrar and Lin set out to fabricate work environment complaints against her.

In May 2015 Bobkiewicz announced plans for an examination of the public works and utilities departments that he anticipated would lead to creation of a new, combined unit.

And then in August, Bobkiewicz announced that he was terminating her position and combining the two departments, a move that was approved by the City Council the next month.

Bobkiewicz has denied that race or retaliation had any role in his decision-making.

The settlement agreement will require Robinson to dismiss all claims against the individual defendants and the city and notes that the settlement is not an admission of liability.