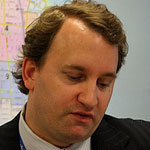 The City of Evanston has failed in efforts to get a sex and age bias suit by a former city attorney dismissed by a federal court judge.

Tober-Purze, twice promoted after being first hired by the city in 2003, claims she was passed over for promotion to the job of corporation counsel in November 2009 when City Manager Wally Bobkiewicz hired current Corporation Counsel Grant Farrar for that job.

Retained then as deputy city attorney, she says she was fired by Farrar in August 2010, despite having received excellent performance evaluations and never having been disciplined.

Tober-Purze alleges in her suit that she was paid less than male attorneys at the city and that older female employees were dismissed and replaced with younger ones.

She also says she was denied accrued vacation time when she left the city's employment and that the city retaliated against her for filing a complaint with the state labor department over that issue.

In issuing his ruling, Judge Darrah noted that in reviewing a motion to dismiss the plaintiff only has to allege facts that state a plausible claim for relief. Far more evidence would be required to prove a case at trial.