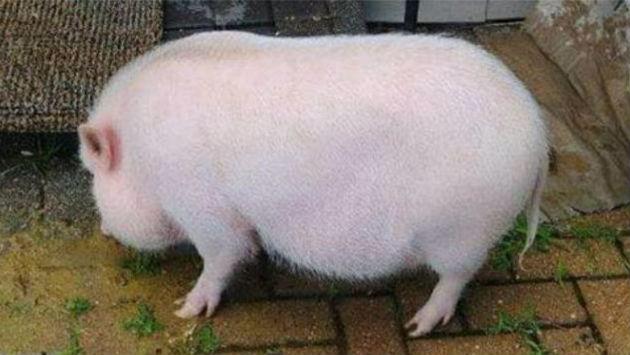 “Do you take pigs?” the caller to the Evanston Animal Shelter asked. It was the first time the shelter, which mostly handles cats and dogs, had received such a request.

Tanya Ohanian, canine director for the shelter, says the caller said his family had been raising a pot-bellied pig for around a year. And, now that the pig had been getting fatter, plans were afoot to eat him.

“I don’t want my family to eat him,” Ohanian recalled the caller last month saying.

Within hours, by tapping into its network through Facebook, the shelter was able to refer him to the Chicago Chicken Rescue, a chicken rescue organization that also takes in a wide variety of animals. In the end, the pig never made it there as another family member was willing to take him, according to Natan Lipton-Lubet, shelter support specialist.

This was one among many stories Pasenko shared at the Evanston Animal Welfare Board meeting on July 12. In addition to two aldermen, the board includes four members appointed in 2014 by then Mayor Elizabeth Tisdahl and a representative from the Evanston Animal Shelter Association.

While most of the July 12 meeting was focused on plans to make Evanston a more dog-friendly city with leash-free park zones, it also touched upon the uptick in the diversity of animals coming to the city’s shelter within the last few months.

Many of these animals mark a distinct departure from the usual furry companions that prowl the halls of the shelter, forcing shelter staff to tap into their partnerships with other local organizations to get them the care they need.

In early May, an 8-month-old python was brought to the shelter by Evanston’s Animal Warden David Rose, who had found him abandoned in a foreclosed home.

“It was like a unicorn walking into the shelter,” Ohanian said. “Everyone thought it was so cool.”

That delight was also palpable at the board meeting when Pasenko recounted the case.

One member of the meeting could not resist asking in excitement, “How big was it?”

Fortunately, the Evanston shelter counted among its 250 volunteers a herpetologist who had years of experience working with snakes. She was able to care for the python until he was placed at an Illinois-based reptile rescue organization.

Other cases involved a female baby deer that had been reportedly pulled out of a canal by Northwestern’s rowing team when they found her during one of their practices.

Shelter staff tried to reconnect her with her mother but were unable to do so. They eventually took her to Flint Creek Wildlife Rehabilitation in Barrington.

Pasenko says wildlife is best left with the mother. “People want to scoop up all these baby birds and rabbits they find but that’s not the best. Just because the mother is not there does not mean she is not coming back.” 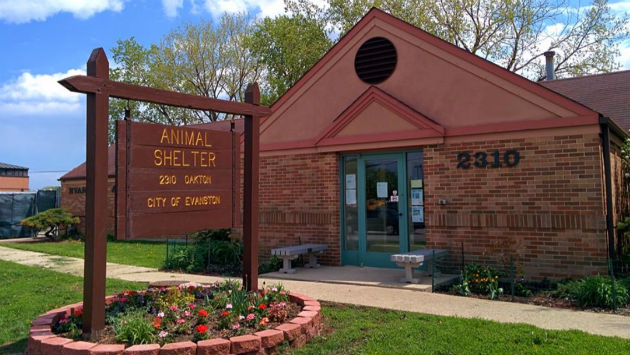 The animal shelter at 2310 Oakton St.

Ohanian attributes their diverse caseload to greater awareness of the shelter’s role in Evanston. Pasenko agrees. “Our reputation is out there.”

According to a 2017 report presented by Pasenko at the board meeting, the Evanston animal shelter has received 183 dogs and 144 cats since January. These numbers reflect a 30-percent increase over last year.

When asked for an explanation, Pasenko joked, “We think there’s a neon sign in front of our building saying, if sick or injured, bring them here.”