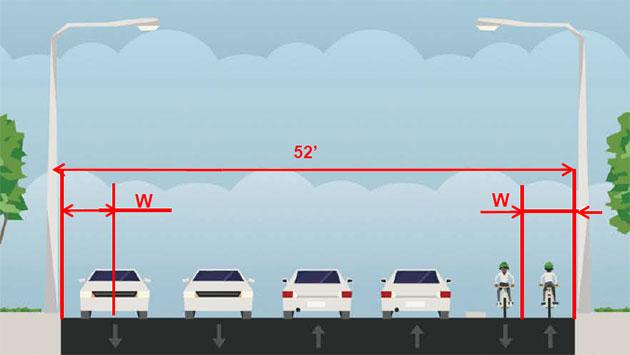 Evanston aldermen Monday night approved a staff plan that will see installation of bike lanes on Sheridan Road delayed until 2017.

The delay is to allow time to complete utility work along the roadway next year, and not add to traffic congestion when work on the Emerson Street, Green Bay Road and Ridge Avenue intersection is underway in 2016.

An earlier version of the plan would have placed the bike lanes on the west side of Chicago Avenue, setting up the potential for a more complicated crossing at the Sheridan-Chicago intersection.

Under the new plan, Sheridan would be reduced to three automobile traffic lanes north of Northwestern Place, to eliminate the need to widen the roadway to accommodate the bike lanes, but it would be widened by about eight feet south of that.