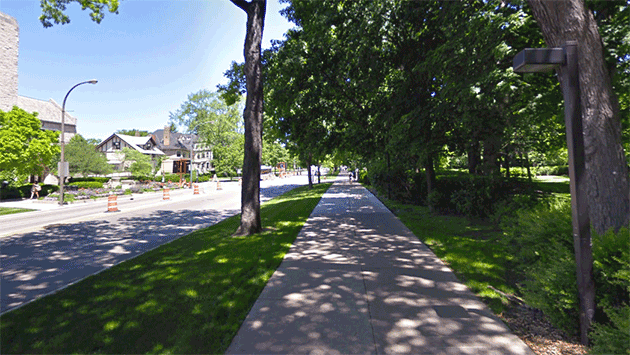 Evanston has been awarded a $1.49 million grant to build bike paths along Sheridan Road and Chicago Avenue connecting the Northwestern University campus to downtown.

The grant of federal funds through the state department of transportation was announced over the weekend by Gov. Pat Quinn as part of a package of 71 grants for a total of $52.7 million in projects across the state.

The state had received 232 applications from Illinois communities for the transportation enhancement program funds.

The City Council approved the application for the grant last August. It will require the city to provide a 20 percent local funding match for the project.

Robinson said the new design would separate bikes from pedestrians to minimize conflicts while also providing an alternative route for cyclists who now ride in the street.

The city hopes to extend that path on the section of Sheridan Road between Chicago Avenue and South Campus Drive as part of another project. 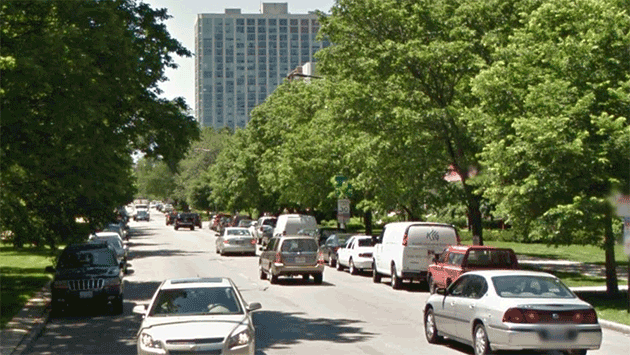 Chicago Avenue looking south from Sheridan Road, where the parking lane on the right will become a bike path. (Google maps image).

The second part of the newly-funded project would create a two-way, on-street bike path in the west parking lane of Chicago Avenue from Sheridan Road to Church Street. An extension to Davis Street will be paid for by tax increment financing district funds.

The Chicago Avenue project, Robinson says, will eliminate 36 metered and 16 non-metered parking spaces, but the city could regain about half the lost meter parking revenue by adding meters to now un-metered spaces on the east side of the street between Sheridan Road and Clark Street.

One would reduce Sheridan from four to three lanes of auto traffic with a protected bike lane in the roadway. The other would be the plan Robinson described last fall — leaving the road at four lanes and putting the bike path on the parkway.

Consultants and city staff will design the project later this year. The Chicago Avenue segment is scheduled to be built in spring 2015 and the Sheridan Road segment in summer 2015.