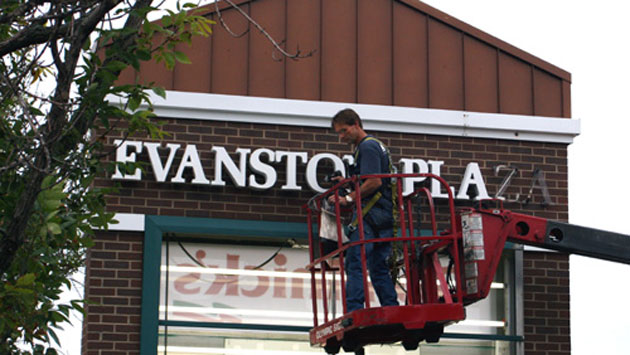 City officials say the Evanston Plaza Shopping Center is scheduled to be sold at a foreclosure auction May 3.

City Manager Wally Bobkiewicz,  says the city's economic development staff has been closely monitoring the situation at the center, located at Dempster Street and Dodge Avenue, since it the development, owned by Joseph Freed and Associates went into receivership over a year ago.

Officials of the court-appointed receiver, Foresite Realty, have said they will not be a bidder at the foreclosure auction.

The plaza has faced high vacancy rates for years, and recently lost its second-largest tenant when the TJX companies shuttered its AJ Wright stores nationwide.

Foresite has said has been restricted in the types of businesses it can lease to in the center because of provisions in the center's agreement with its lead tenant, the Dominicks supermarket chain, that preclude having businesses that would tie up parking for extended periods and reduce the amount available for the grocery store.

Retailers at the center have complained for years about the high vacancy rates and what they have claimed were excessive common area maintenance charges imposed by Freed under their lease agreements.

Above: A workman makes repairs to an Evanston Plaza sign (file photo).