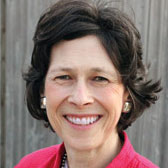 No, that's not because the rain is going to get you wet anyway. It's because holding off on the shower could help prevent storm water from backing up into your basement.

Shore, in an MWRD news release, also suggests avoiding other high-water-consumption activites for up to two hours before and during a storm. Those include running the dishwasher or hand-washing dishes, washing clothes and cars and watering the lawn.

Evanston, and most of the rest of Cook County, has combined storm and sanitary sewer systems, and the extra water pouring into the system during a storm can cause water to back up into basements.

Evanston has managed to dramatically reduce storm flooding through an expensive series of sewer upgrade projects over the past two decades, but there still occasionally are scattered reports of flooding after a severe summer storm.